Seth Reed is on his way home to meet some old friends from school whom he hasn’t seen in years. Looking forward to an evening of catching up over whiskey, he doesn’t think tonight will be different to any other night. Then he sees her. The beautiful girl on the train who doesn’t say a thing, just leaves a note for him with the words, ‘Wake Up’ written on it.

Suddenly he can’t sleep. The girl and those words haunt him. What’s happening to him?

The answer is darker than he could ever have imagined.

“I would recommend this for fans of Stephen King’s Richard Bachman books. If you are looking for a dark themed, quick standalone. This is it!” -TM Ghent

“Van Loy is a magician with his words. He has written such an atmospheric, strange and dark story. ” -Honestmamreader

“Nick Van Loy has a talent for building suspense and intrigue, forever keeping hold of his readers.” -the.b00kreader

“What the author has managed to do here is create a never ending nightmare (literally) that is fit for the horror screen.” -Rhirhireader

“If you’re into exciting thrillers that hold you tight and make you question your grip on reality, then I recommend this book for you. You won’t be disappointed.” -a.nerd.called.kat 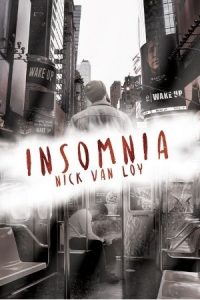 The answer is darker than he could ever have imagi

What’s happening to him?