The year 2020 changed all our lives, including the way we travel. Borders closed and tourism came to a halt. The global pandemic swept across nations and we were forced to travel domestically. To some, this was pure horror, to others, a blessing in disguise.

What started out as a traveler’s nightmare, soon became an opportunity to discover new landmarks on a local scale. I admit that it was horror to me too at first, until I discovered that our little country still has so much to offer. Things I took for granted because I grew up here. Living in a small country, I thought I had seen everything all before. But I was wrong…

Even in Antwerp, the city I nearly grew up in, I was able to find hidden treasures.

These are the things I always took for granted, places I discovered in a new way, from a tourist’s perspective.

When I say Belgium, you say chocolate

The role of the port of Antwerp shouldn’t be underestimated when it comes to the story of Belgian chocolate. It is the biggest port that imports cocoa in the world. Every tourist knows it’s hard to walk through Antwerp without coming across small chocolate shops. The city is home to an abundance of chocolatiers that produce the most wonderful chocolate creations.

Discover everything there is to know about this culinary delight in Chocolate Nation.  It’s the largest Belgian chocolate museum in the world. Fourteen thematic rooms take you on a journey to tell you the story of Belgian chocolate. Explore what makes Belgian chocolate so great through traditions, history, brands, and innovations. Chocolate Nation is located near Central Station and it’s advised to book your tickets online as long as Covid-19 holds us in a tight grip.

Next to chocolate, Belgium is known for brewing the best beer in the world. Several breweries call Antwerp their home. It’s the perfect place to improve your knowledge with these Belgian beers. The city has plenty of ‘brown cafés’ that often have dozens, sometimes even hundreds of Belgian beers on their menus.

One of the most famous breweries in the city is De Koninck. They have been the beer ambassador for Antwerp for over a century with their signature beer the ‘Bolleke’. You can taste this one in almost every Antwerp establishment. But if you really want to get to know this iconic beer, head over to the brewery itself for their experience tour. You can end the tour with a visit to their rooftop BBQ restaurant and bar called Black Smoke. You won’t be disappointed.

Of course, there are more Belgian beers than the ‘Bolleke’. De Kulminator is a paradise for every beer lover. It’s tucked away in a side street, so it might take a while before you find it. But it’s definitely worth tracking as their menu lists over 600 beers from around the world. If that reason wasn’t enough, it has been called the best café in the world by ratebeer.com.

Try a Seefbier in legendary jazz bar De Muze if you want to drink a piece of Antwerp’s history. This cloudy blond beer has been the regional beer of Antwerp since the 17th century. With the rise of industrial brewing, the Seefbier was lost in 1930. Until it was revived in 2012 by the Antwerpse Brouw Compagnie. Again, it has become very popular with people all around the world.

Whether you like to enjoy your beer on a sunny terrace, an authentic brewery, or even inside a brown café, there’s enjoyment to be had for all.

One of the world’s oldest academies and one of the most renowned fashion colleges are both located in the city of Antwerp. The Antwerp Fashion Department of the Royal Academy of Fine Arts produces fresh talent every single year. Many of their alumni belong to the top of the international fashion scene. In the same building as the academy, is also the MoMu. This fashion museum has the largest collection of contemporary Belgian fashion in the world. It consists not only of clothing, accessories, and textiles, but also more unexpected pieces.  The tools to create these pieces of art, such as the machines are also on display. At the moment, the museum is closed for renovations and is scheduled to reopen in September 2021.

Together with the trendy flagship stores and exclusive store concepts, you get a complete picture of fashion in Antwerp. With very good reason. Antwerp is considered an important fashion and shopping city.

Explore the dozens of stores on the Meir and in the heart of Belgian fashion in the Nationalestraat. The area around Schuttershofstraat is mainly dominated by international luxury brands. To most people, this area is also known as Quartier Latin. If you’re looking for some streetwear, the Kammenstraat is the place to be. All are within walking distance in a city that is both hip and historic. Be surprised by the large fashion houses, trendy boutiques, and even small independent shops. Let them tell you their story.

Art, the canvas to our imagination

As an avant-garde city, Antwerp harbours a vibrant contemporary art scene. Not only are there internationally renowned museums, but also dozens of art galleries. If that’s not enough, there are also two prominent art schools, and an impressive street art scene.

One of the world’s most famous painters called Antwerp its home, Pieter Paul Rubens. The best way to learn more about his life, is to visit his city palace. Here, he painted most of his masterpieces.

Unfortunately we still have to wait a little while longer for the Royal Museum of Fine Arts to reopen, but it will be worth it. In the meanwhile, you can admire the museum from the outside as it is located in a majestic neoclassical building from 1894.

Discover several art galleries and antique shops in the Kloosterstraat. Try to spot several street art paintings along the way. With the mobile app ‘Street Art Cities’ it’s possible to experience the city in a different way. The street art scene is constantly moving, so it keeps walking around the city interesting. You never know what you might find.

Along the river Scheldt and the district ‘het eilandje’, where the port meets the city, the city has built the largest museum of Antwerp. The building itself is an example of postmodern Art Deco architecture. The focus of the museum is Antwerp and its connection to the rest of the world. It features exhibits that connect local and global culture, art, and history.

To end your visit, head over to the rooftop for a spectacular view of the Antwerp Skyline. The rooftop is free of admission, so even if you’re not visiting the museum, it’s definitely worth a visit.

History, from Hand Werpen to Antwerpen

Antwerp got its name from a mythical giant named ‘Antigoon’, who resided near the banks of the river Scheldt. He used to extract a toll for crossing the river, causing great distress to the residents of the city. Anyone who opposed him, or didn’t want to pay the toll, Antigoon would cut off one of their hands and throw it in the river. Finally, a hero named ‘Brabo’ finally slaid the giant and threw one of its hands into the river. The name Antwerpen originated from the words ‘hand werpen’ which means ‘to throw a hand’ in Dutch. As a commemoration to this tale, the city has a culinary cookie called ‘Antwerpse Handjes’. These are cookies and/or chocolate in the form of hand, referring to the tale of Antigoon. While visiting the Grand Place, you will see a statue of Brabo throwing the hand of Antigoon in the river. Around the statue are many guildhalls from the 16th century.  It has the extravagant city hall as its mantlepiece.

Even though the founding of Antwerp might sound a bit far-fetched, the city has a long and interesting history in the real world. In the 14th century, it became one of the world’s most important trading cities. Not soon after, it lost that position to bruges. It took over half a century to re-establish itself. By now, it’s one of the biggest and richest cities in Belgium. All thanks to Antwerp’s involvement in the diamond trade. The diamond cutters of Antwerp were among the most revered in Europe. Nearly half of the world’s trade passed through the city’s port.

The largest Gothic building in the Dutch-speaking world is also located in the heart of Antwerp. The Cathedral of Our Lady has been described as lace in stone. Even though the cathedral itself is a stunning view, the four Rubens altar paintings are often the main draw. Together with the local city hall and the nearby St. Rumbold’s Cathedral, it’s inscribed in the UNESCO World Cultural Heritage list.

Another fun history fact: the first printed newspaper in the world was published in Antwerp back in 1605.

First we eat, then we do everything else

Antwerp is home to over 170 nationalities, which is even more than New York. Of course that isn’t surprising with one of the world’s biggest ports. This makes Antwerp the perfect place to do a culinary tour around the world. Thanks to the port, all kinds of herbs, spices, and culinary delights have been introduced to the city since the 16th century.

Try to score some specialties at the Exotic Market. Or try some of the Jewish cuisine in the diamond district. Whether it is in one of the best Asian,or Italian restaurants, you will find some delicious delicacies from around the world right here in the city.

The best Chinese restaurants are situated on the other side of Astridplein. The impressive Chinese pagoda opposite of Antwerp’s Central Station opens the gateway to China Town. Fair enough, it only spans one street, but it’s plenty of space to discover the Chinese cuisine.

Of course you can’t leave the city without trying one of the chippies. The French fries belongs to the country’s intangible cultural heritage. One of the most famous shops to get these is Frituur N°1, located just a few steps from the Grand Place. It’s been open day and night since 1980, a real tourist attraction.

The latest addiction to the chip culture is ‘Frites Atelier’, created by chef Sergio Herman. It’s part of a small chain with a Dutch touch, and the one in Antwerp is the first Belgian establishment. Here, you won’t find regular chips like the one in Frituur N°1, but more luxury chips. Of course this comes with a slightly higher price tag, but it will be worth it. Who doesn’t want to try French fries made by a famous chef.

If you don’t mind a higher price tag, you can always try your luck in securing a table in The Jane. Sergio Herman opened the restaurant back in 2011. Since then it has been rewarded with two Michelin stars.

Today, people from all over the world visit Antwerp for its vibrant fashion and entertainment scene. Its legacy of art, fashion, and culinary delights makes Antwerp a unique destination. Make 2021 the year to visit Antwerp’s cultural hub and see for yourself what makes this city so incredible. Help Antwerp reclaim its place as Europe’s best city to visit. 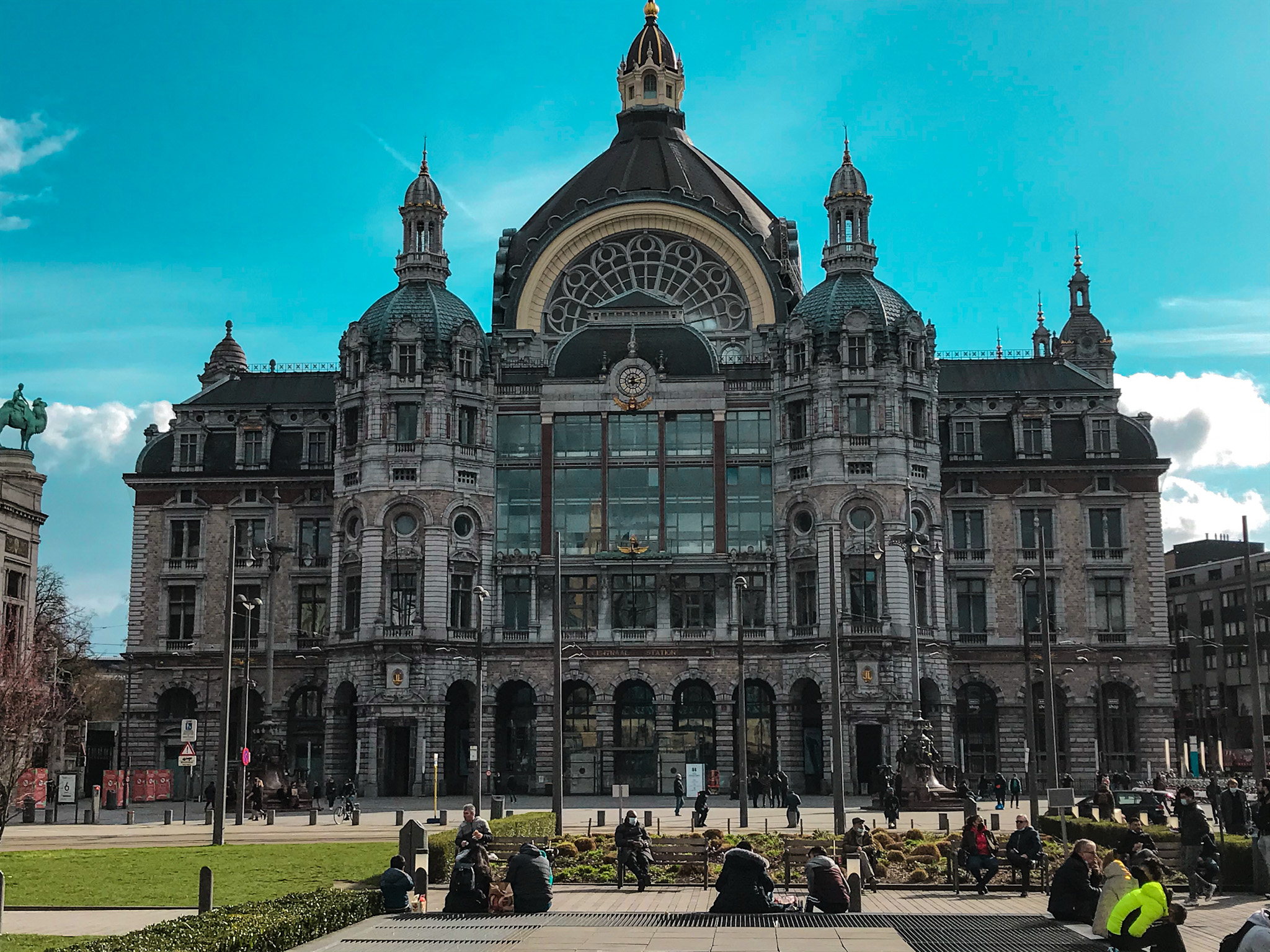 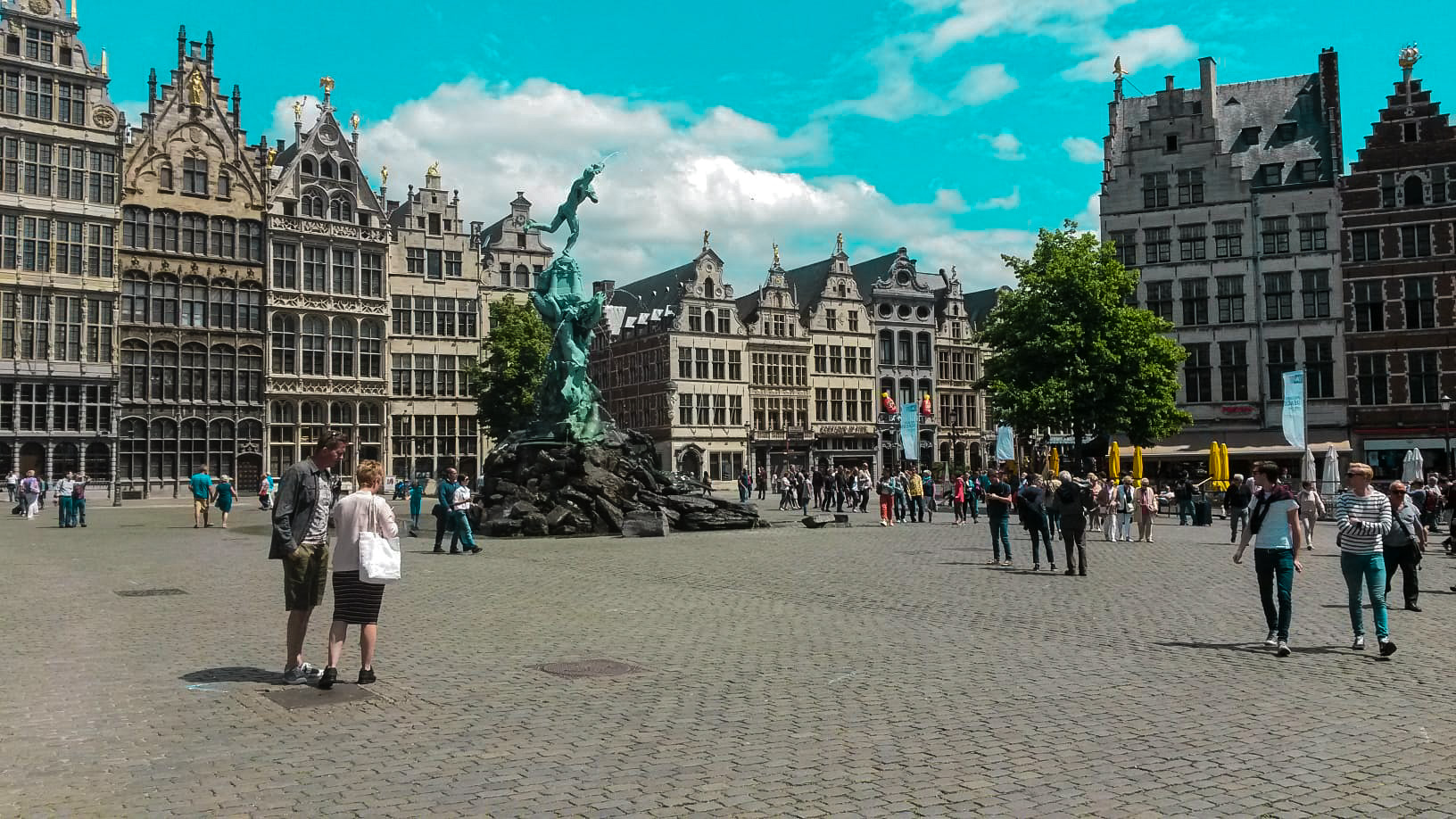 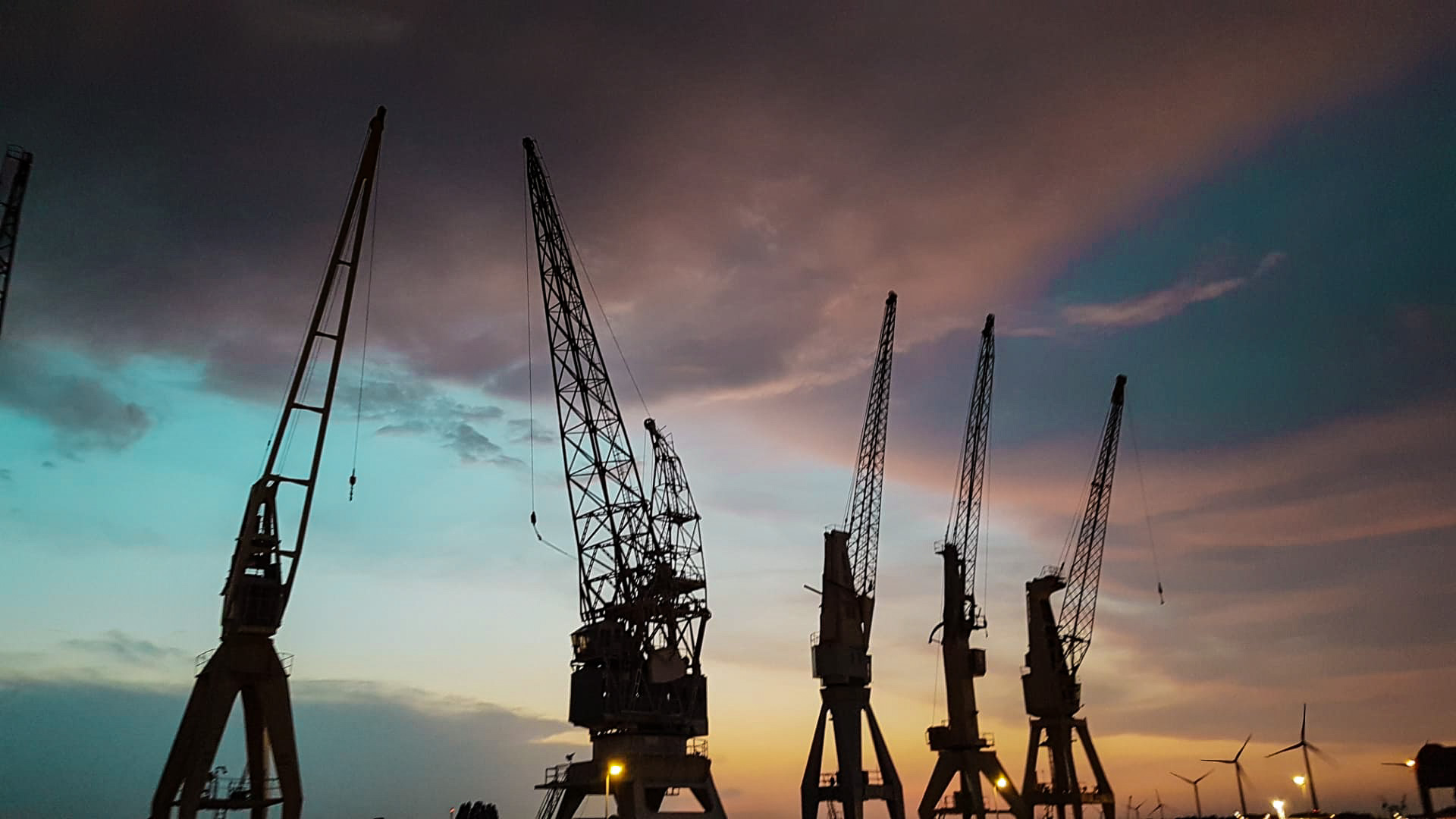 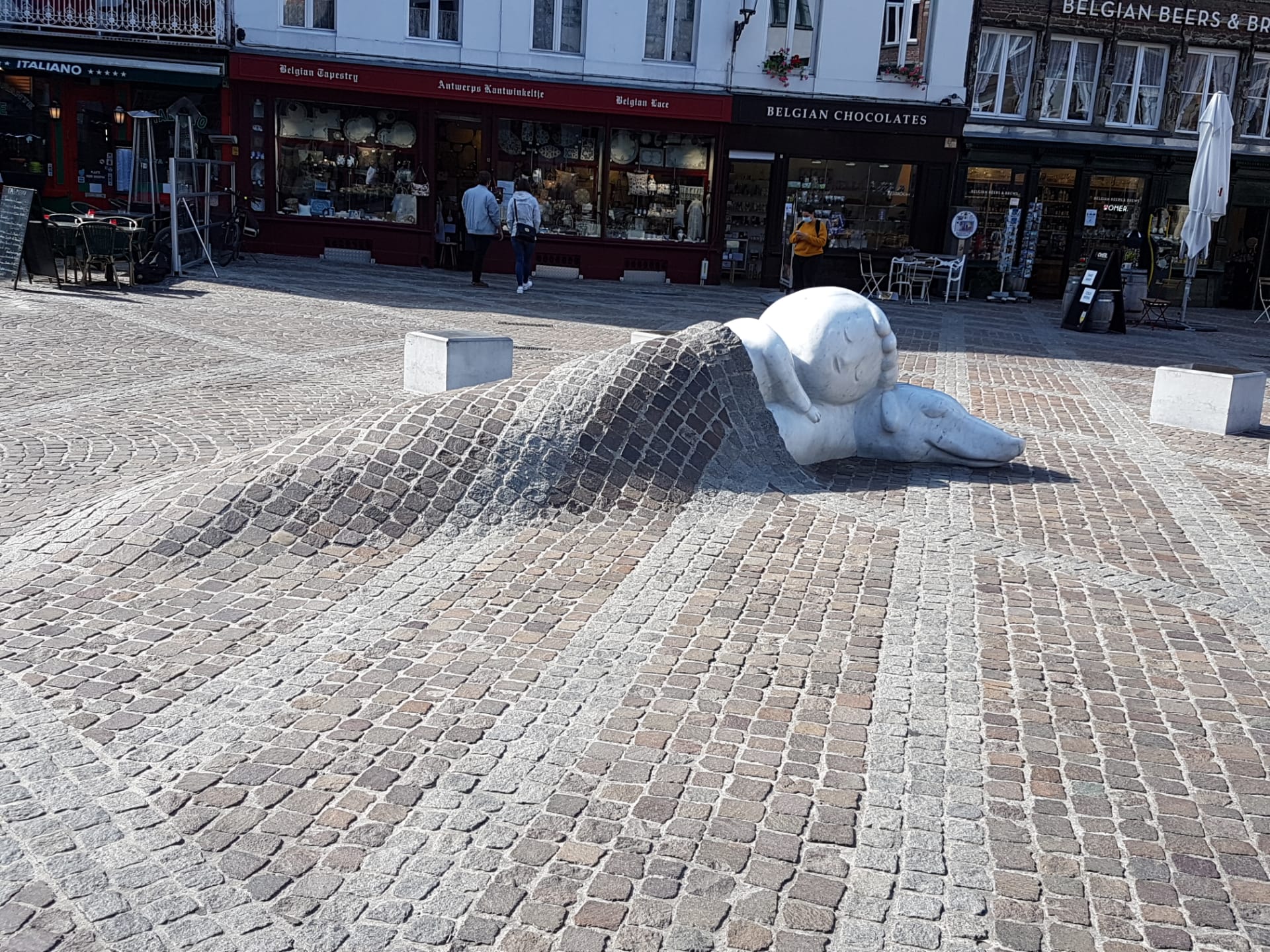 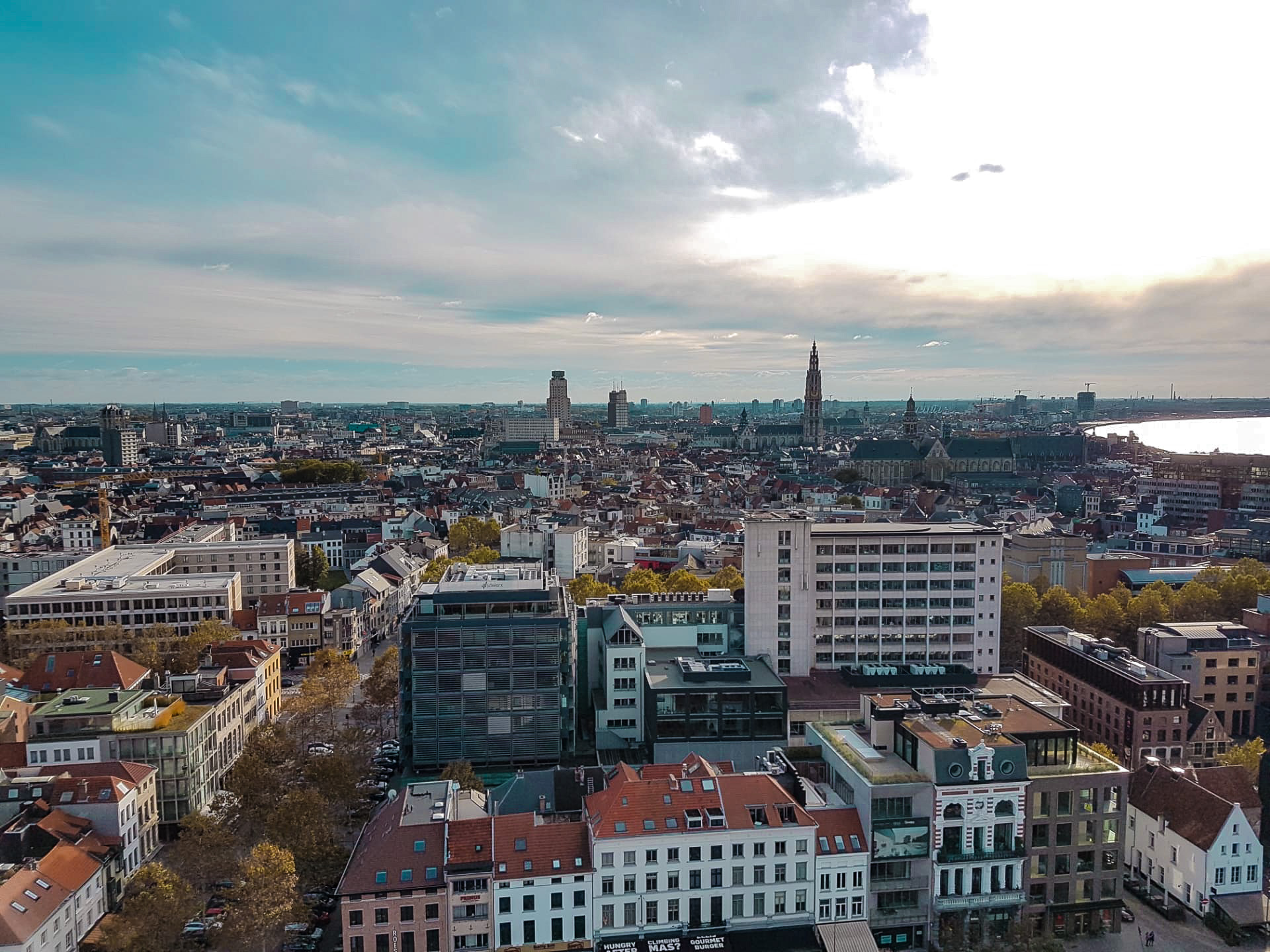 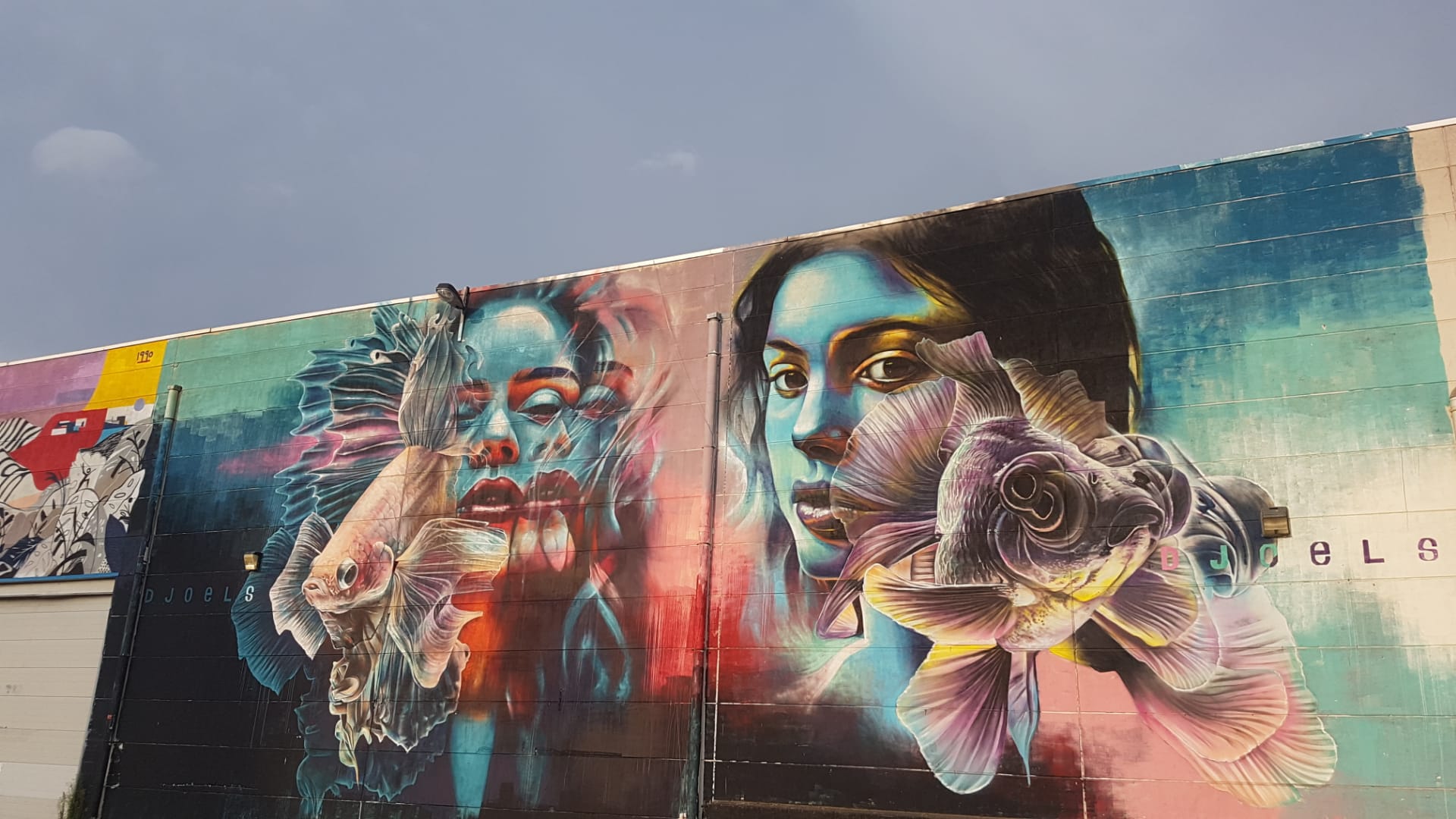 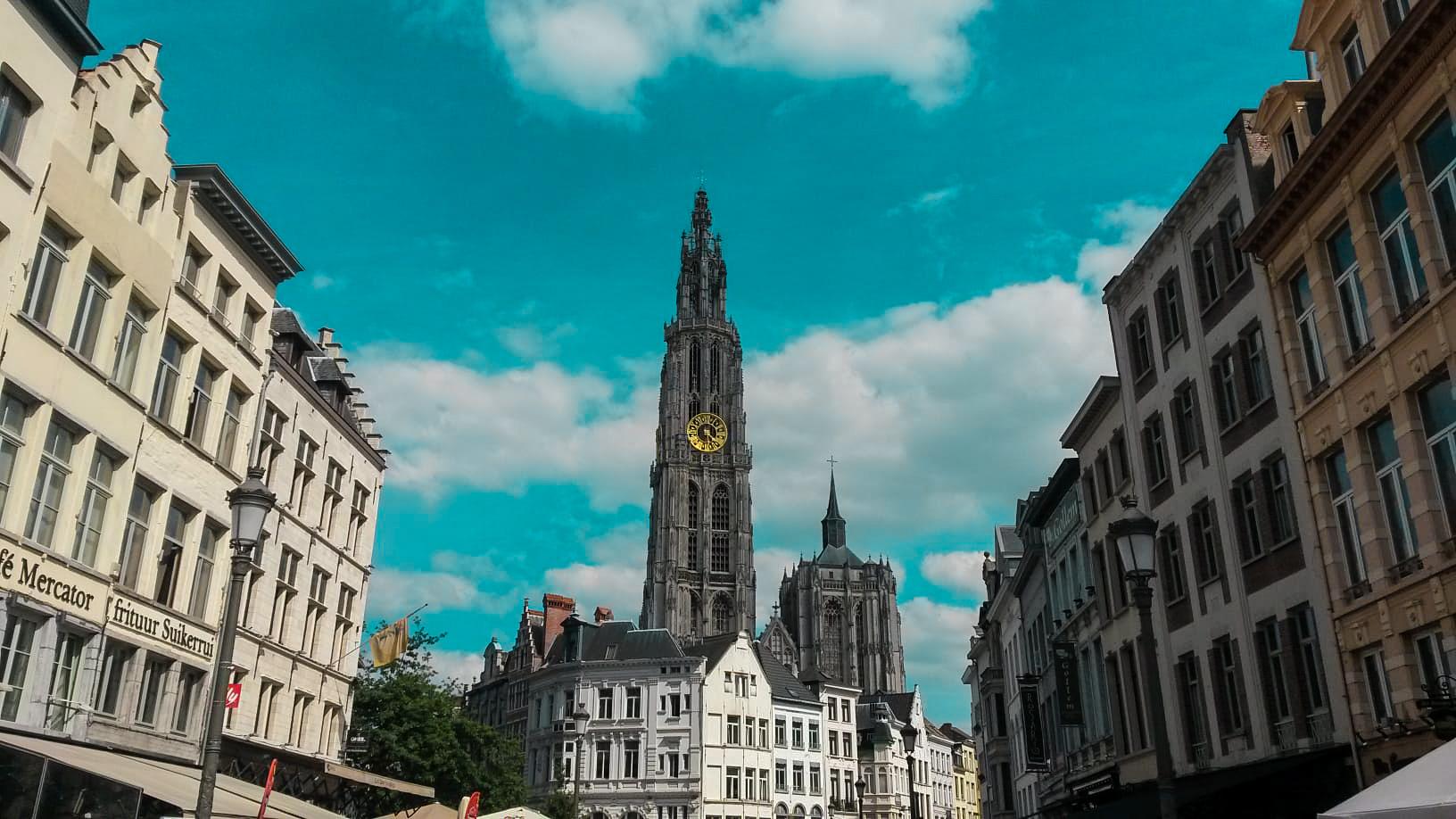