Living in a small country like Belgium, I grew up with the idea that I’ve seen everything it has to offer by the time I was an adult. While in fact, I have seen nothing at all. It’s like it’s almost mandatory to find your own little country too boring to explore.

I was always trying to discover the world instead, going to faraway countries, just to get amazing experiences. Thanks to a global pandemic, that has changed. Like the rest of the world, I was confined to a global quarantine with closed borders. Even though the borders have reopened by now, I felt like I had to help my own country’s tourism first.

I never knew my country had such spectacular hikes, but here I was, climbing metal ladders on a steep rock. All to get a glimpse of the Semois Valley. The Semois is a 190 km long river that starts in Belgium but ends in France.

A 2,5-hour drive following winding roads, with Spotify on an Indie Roadtrip playlist, almost made it feel like I was driving through an untraveled road abroad. Of course, this is nothing compared to what I used to drive on road trips through the US, but this part of Belgium has some enthralling roads through the thick forests. With some luck, I might even see some deer or boars crossing the road. The air felt different over here, healthier. The piney smell was a nice, refreshing change from the city life.

The hike starts near the church of Rochehaut on Chemin des Falloises. Even though the hike is a loop, it doesn’t really matter what side you take, but at the junction, I decided to take Voie de Remifontaine, because the view of the valley is even more beautiful while descending. The whole hike is about 5 km and takes about three hours to complete.

It’s easy to know which way to go by following the number 43 signs, but it’s best to keep focussed along the way. I took a wrong turn several times because I lost track of the number, even though I saw some amazing trails during my little detour, I really wanted to finish the original hike. Les échelles de Rochehaut, meaning the ‘ladders of Rochehaut’ in French, is considered to be Belgium’s most spectacular hike. During my steep descent to the valley, I knew people were right about that. I was treated to some mind-blowing panoramas along the way. Before coming here, I had no idea Belgium had such breathtaking views. Once I reached the river, I needed some time to catch my breath. Thanks to the whole quarantine, I was quite out of shape. Not that I was in shape before that, but I still like to use it as an excuse to not feel bad about it.

Along the way you can enjoy the quietness of nature, only interrupted by the rustling of leaves and rippling water. I might have to come back to explore the river by kayak.

Even though most of the wildlife I encountered were harmless butterflies and bumblebees, I still had to watch out for horseflies. One of them actually bit me and I have to admit it hurts quite a lot.

It’s even possible to learn some history during the hike. During my descent, I came across some rock that was called the ‘Hermit’s rock’. In 1944, this was the refuge for the resistance and the inhabitants of Rochehaut. The Germans set fire to the village and the people were afraid they would suffer the same faith as their houses that they sought shelter underneath this rock and the surrounding forest.

Up next was the most fun part and also the most exhausting part, climbing back up. This hike is definitely not for the weak-hearted, because I had to walk through some steep cliffs where I had to really watch my step to not fall down an abyss. It didn’t take long before I finally came across one of the famous ladders to climb up the rocks. This part makes the hike even more adventurous. Once I was finally up on the high rocks, I was treated to a breathtaking view of the Semois valley. The perfect place to sit and enjoy my surroundings. I needed some peace and this was the perfect place. Even though this is a popular hike, I didn’t come across many people while hiking.

When I finally survived that exhausting hike, I started looking for one of the many bars to catch my breath and rehydrate. From the centre of town, the river offers a panoramic view of the charming little village of Frahan. The view reminded me of Horseshoe Bend in Arizona. It almost felt like we had our own Grand Canyon in Belgium. 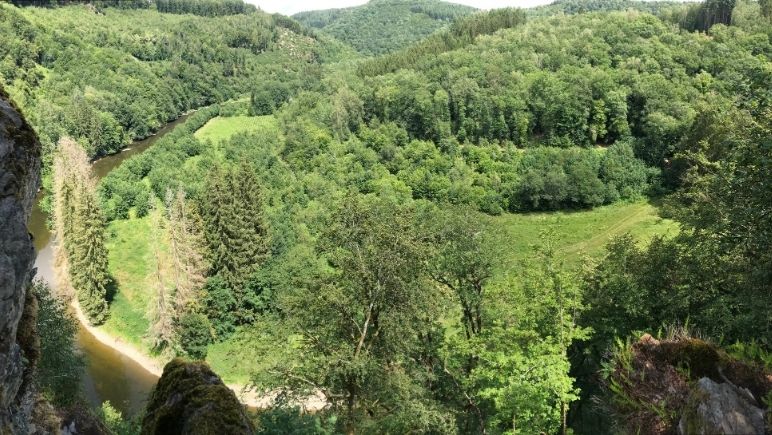 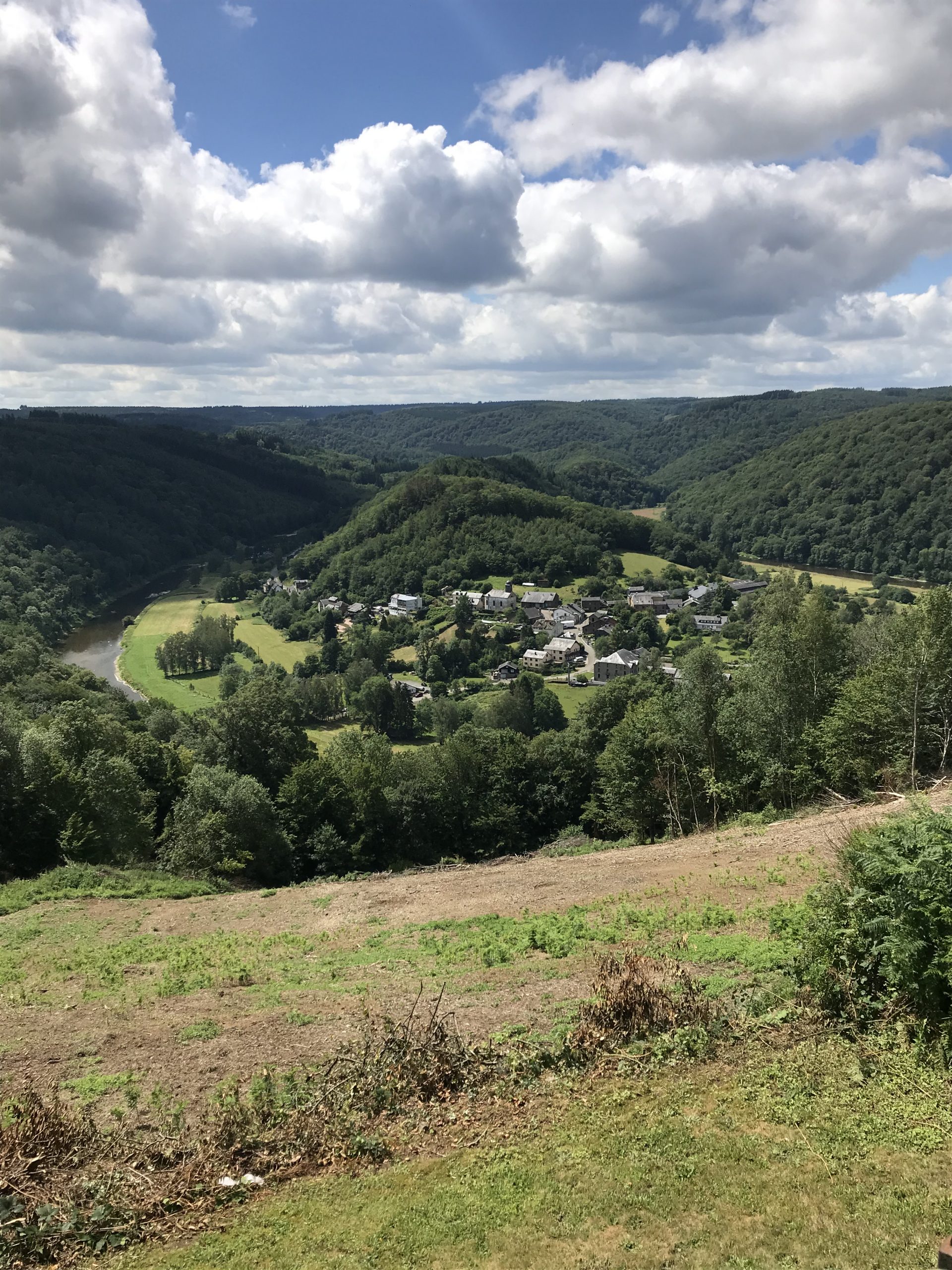 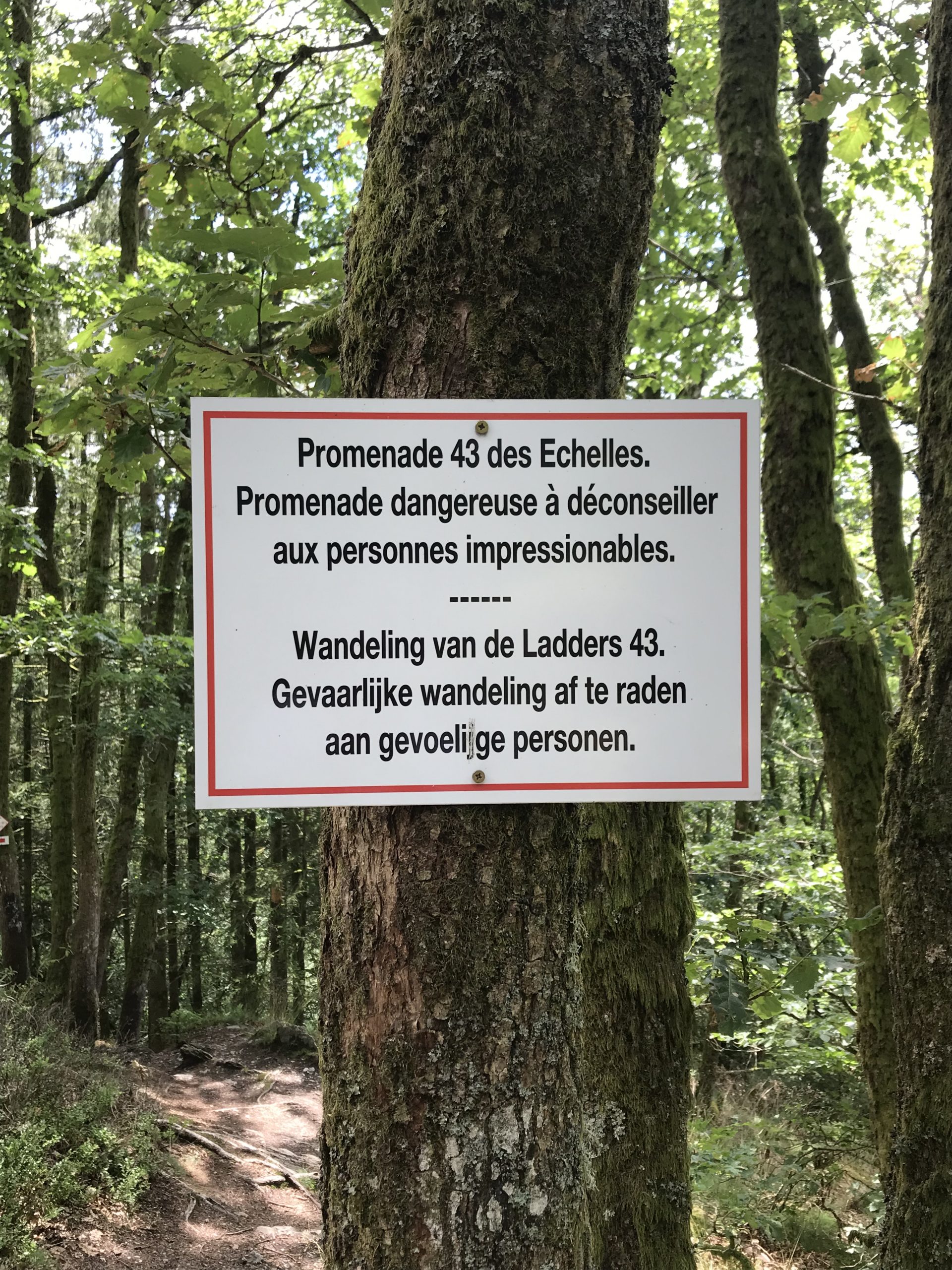 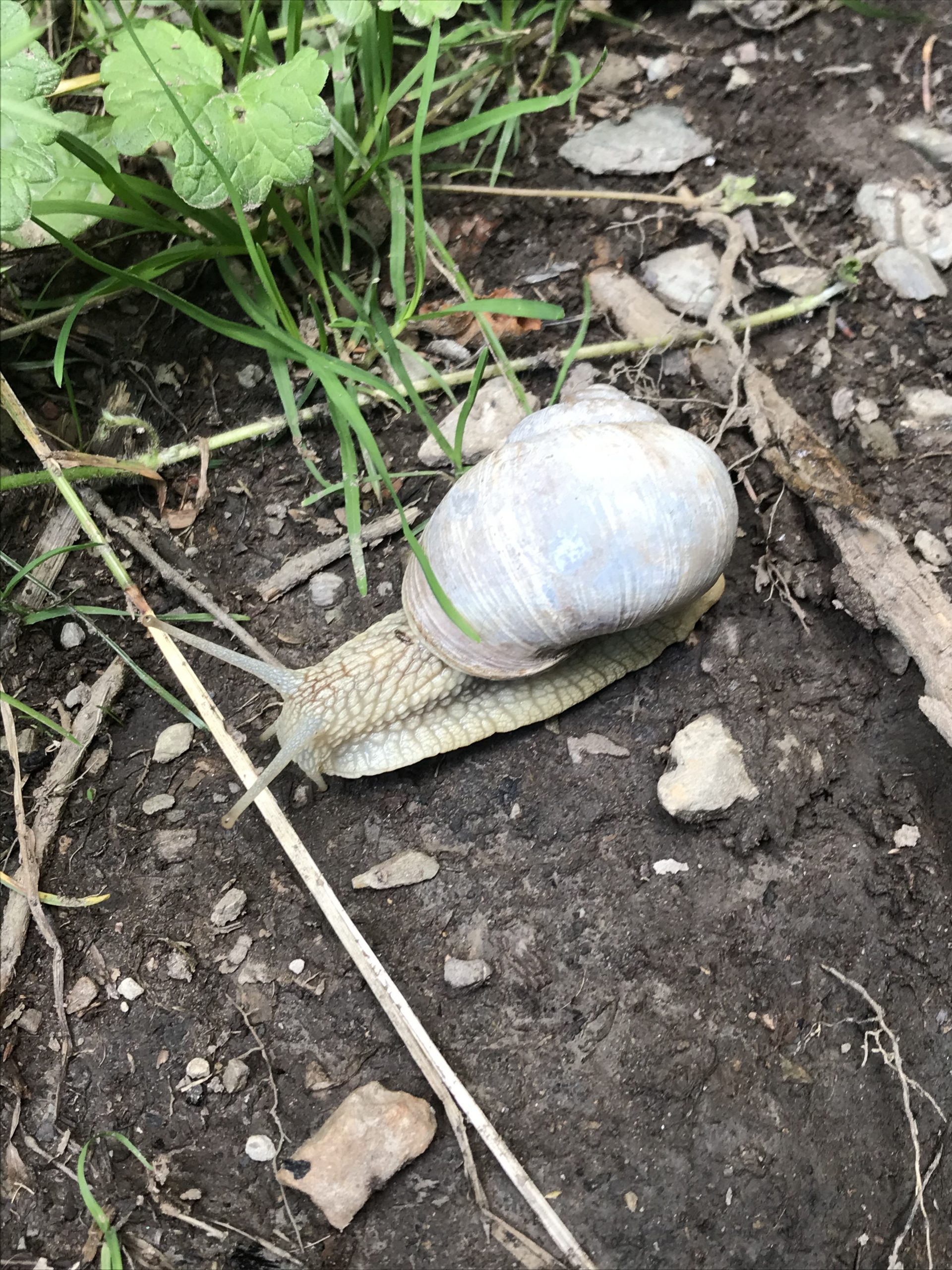 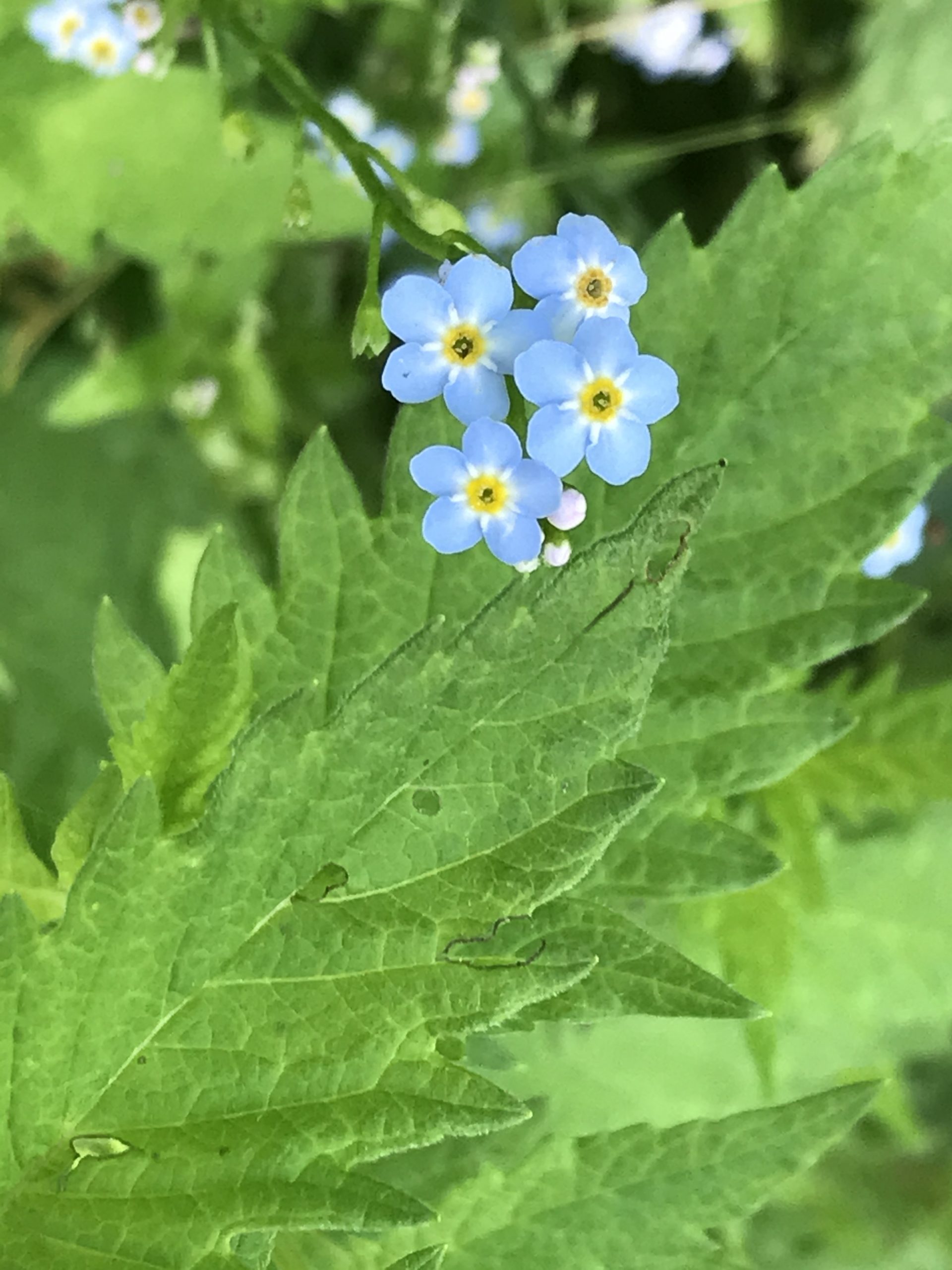 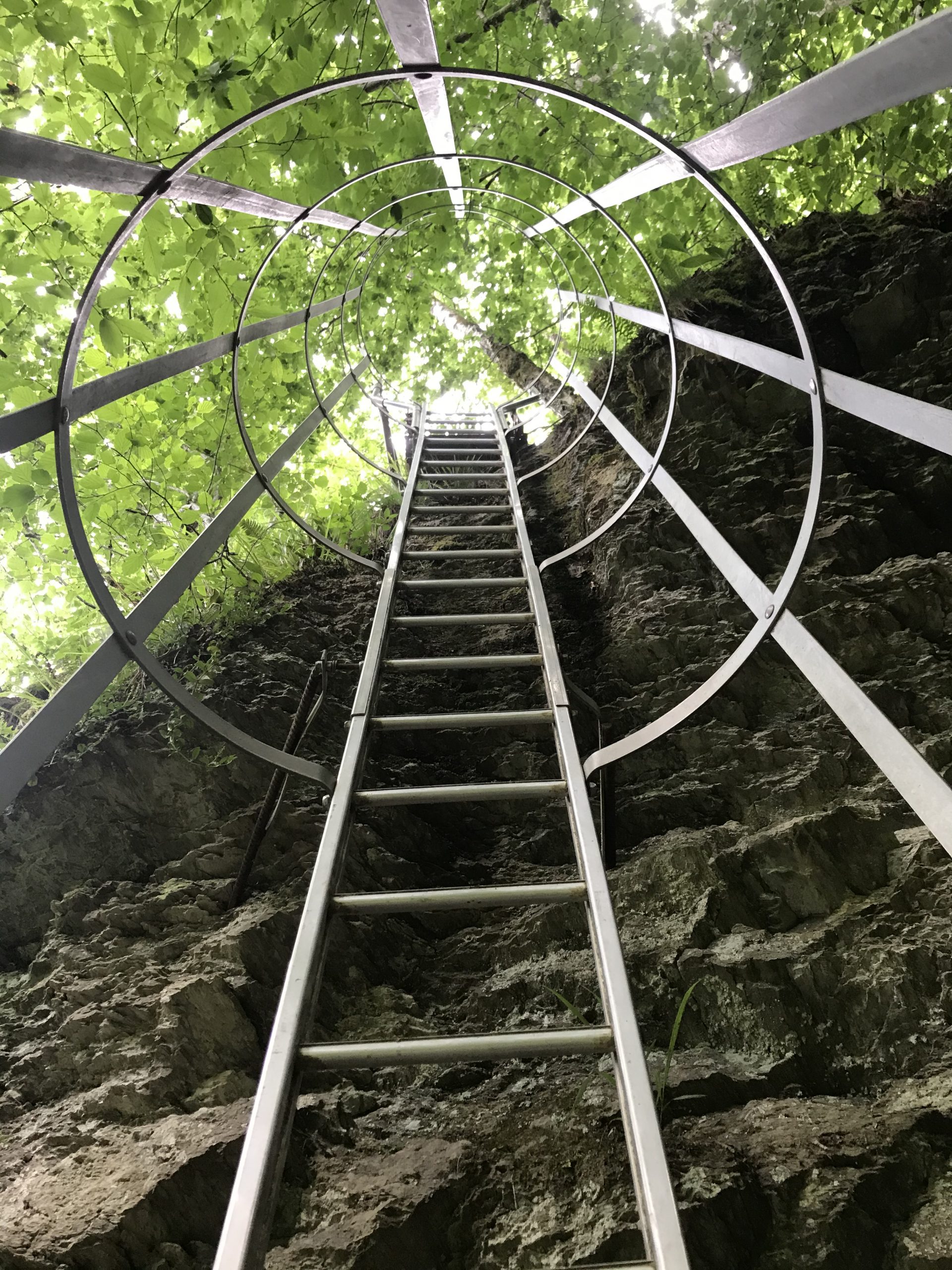 For many men, for many years, suits were just a un

The cat is the beautiful devil. -Charles Bukowski

There’s no other attire that changes how people

Certain gentlemen of other days, who made of drin