It may not be the most famous road trip of the United States, but in my opinion it’s one of the most interesting trips around the American highways. Especially if you’re a fan of blues and the predecessors of modern rock & roll. I’m talking about Highway 61, the highway that runs right through the heart of the Mississippi Delta. Yes, THE highway where Robert Johnson supposedly sold his soul to the devil.

Because I have friends that I need to visit first, my trip started in Atlanta. From there, I drove all the way to Montgomery, Alabama. Even though I wanted to spend some more time down in Alabama, I still had plenty of other places to go to. If it weren’t for a Sunday, I would have spent some more time here. Georgia and Alabama are both part of the Bible Belt, which entails they are quite religious and there’s absolutely nothing to do on a Sunday. And guess what day I was there? After a short night in Biloxi, the Las Vegas of the south, and several dollars less, I resumed my trip to New Orleans. My stories about this magnificent city will be short, because it needs a whole other article to cover everything this city has to offer.

When I say New Orleans, I automatically think of Mardi Gras and music. This city breaths music, so it is hard to think of something else. Everywhere I walked there was music, whether it was in the numerous bars on Bourbon Street or the several street musicians that were spread out over the city.

Tip: One tip I can offer so far: definitely try the world famous beignets of Café du Monde. This city, even the entire state of Louisiana, is also famous for their Cajun food, especially the Gumbo or Jambalaya.

On my way to Greenwood, my next destination, I saw plenty of plantations, including Oak Alley. This plantation is known as one of the most photographed alleys in the world, according to National Geographic. I do understand why. This has to be one of the most beautiful driveways I have ever seen. Oak Alley welcomes you with a path surrounded by 300 year old oak trees. After a breathtaking view, there’s plenty to learn about life in slavery. The South back then, was known for the thousands of slaves that were forced to work on the cotton and/or sugar plantations.

I took a small detour of Highway 61 and came across a place called Emerald Mountain, a sacred Indian burial ground. Also the second largest of the United States. Even though there’s not much to see besides a small hill, it’s definitely worth the detour. Even if it’s just to get in touch with nature. On my way over here, I drove almost parallel with a flying owl, just to enjoy a spectacle of fireflies by nightfall.

On my way to Greenwood I also had a less fortunate encounter with nature. While driving in the middle of the night, I was startled by a loud bang. Once I pulled over, I noticed the damage to my car. The driver’s door was completely dented and I had no idea what had happened. It all happened so fast. The car behind me pulled over to ask if everything was okay. He saw the whole thing and was able to tell me that a deer ran against my car. Something that happens quite frequently on this road, so be careful! Once I was recovered from the shock, I drove to the nearest police station to file a damage report, mainly to avoid problems with the rental company. Driving like this wasn’t really an option, so I was able to trade my car in the nearest branch of the rental company, which was all the way in Memphis. there they told me I was the fifth one today that encountered a deer on the road. Therefore there was no other option than driving all the way to Memphis, after I visited Clarksdale of course. One of the highlights on Highway 61, the place where the greatest bluesman of all time is buried.

A relatively small town in Mississippi, but with a great history in the blues. Legend has it that it was on a crossroad in this rural area where Robert Johnson sold his soul to become a master guitar player. Since most blues songs were about witchcraft and the devil, especially in the early years, it didn’t take long before this legend was given enough power to stand out. Bessie Smith, one of the most talented singers of her time, also died on this highway.

One of the many mysteries around Robert Johnson is also the exact place where he is buried. Supposedly there are three different cemeteries where he could be buried. One of them is at the Little Zion Church, behind a large pecan tree. His headstone is surrounded with little offerings from people paying their respect, going from empty whisky bottles to harmonicas.

There might be a very small opportunity to run into Morgan Freeman down in Clarksdale. You’ll have to have a lot of luck, but he is the owner of a bar named Ground Zero Blues Club. Of course I had to go there, but after waiting a long time for someone to take my order, I decided to leave. However on the weekend, when it’s a bit more crowded, this place might be a vibrant place to watch live performances.

The city everyone knows because of Graceland. Just like New Orleans, this place breathes music. Everywhere you are, you are reminded of the rich music history of the city.

Tip: I stayed in the Days Inn by Wyndham Memphis at Graceland, a hotel close to Graceland; The fun part of this hotel is the guitar-shaped swimming pool. Also, the proximity to Graceland helped.

Graceland was the first place I went to in Memphis, a must-see if you’re a fan of Elvis. It paints a perfect picture of how he lived during the sixties. The jungle room is especially worth a visit. His body is buried on the premises, in his meditation garden. You might have to pay attention that waiting times could run up to an hour, even I have suffered from a delay of at least 40 minutes. To make it even a bit more dramatic, that day was the only day I had rain during my stay in the South.

Several other attractions worth visiting are:

I was lucky enough to take part in a state fair that was going on just outside of Memphis, the Delta Fair & Music Festival. It couldn’t get any more American than this, definitely worth experiencing. Also the perfect time to try out some foods they don’t have in Europe, like fried Oreos and corn dogs. Even though the sound of fried Oreos doesn’t sound really appealing to us Europeans, although the Scottish do have fried Mars bars, it’s actually quite delicious. Of course, there was also a cowboy performing tricks with a lasso, gun and knife, quite the spectacle.

Famous for their Arch, visible from afar. From the top of the Arch, I was witness to an amazing view of the city, especially near dusk. My cab driver recommended visiting the Budweiser brewery and if I had more time, I probably would have done that as well, because who doesn’t enjoy a nice, cold beer.

I thought I was going to see the real Spirit of St. Louis in the Missouri History Museum, but it happened to be a replica. Which I should’ve known since it was a rather small museum. However, they did have an authentic guitar of Chuck Berry, who was born in St. Louis in 1926.

The security guard told me I had to take Lindell Road back to my hotel. That way I would be able to see how people used to live back in the day. What I witnessed was giant mansions to literally get jealous of.

On Delmar Avenue, I found this cute little candy shop that sold hundreds of different sodas, including bacon flavoured. Their homemade candy is to die for and an ideal snack for on the road.

On my way from St. Louis to Nashville, I also passed the birthplace of Abraham Lincoln, maybe the most famous American president of all time. Unfortunately I arrived here after closing hours so I didn’t have the opportunity to visit it.

The city of country music. Music is everywhere in this vibrant city. Several museums give you the occasion to learn more about the different artists in country music. Some of them are:

Other attractions worth visiting in Nashville are:

I was lucky enough to attend a free festival, Live On the Green, giving me the opportunity to see one of my favourite bands (The Wild Feathers) perform in their hometown. I couldn’t picture a better way to end my stay in Nashville, one of my favourite cities in the United States.

Enjoy the dozens of roadside diners along the way, where the food always tastes that little bit more. Take your time, stop at the things that look interesting. That way I came across a little shop near Stanton, where I met the wife of a chainsaw artist. The things he made were magnificent, but unfortunately too big to take home with me. I bet they would love to see me coming at the airport, carrying one of their massive statues.

There you have it, you never know what you might encounter on the open highway, but that is the thing that makes a road trip so unique! 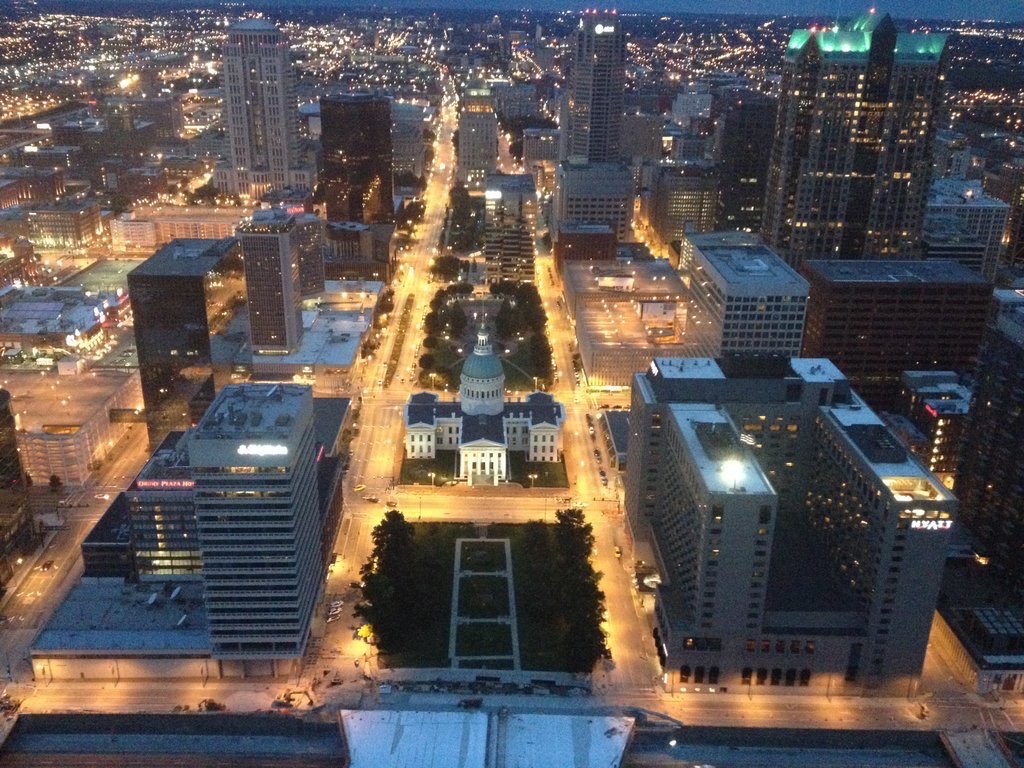 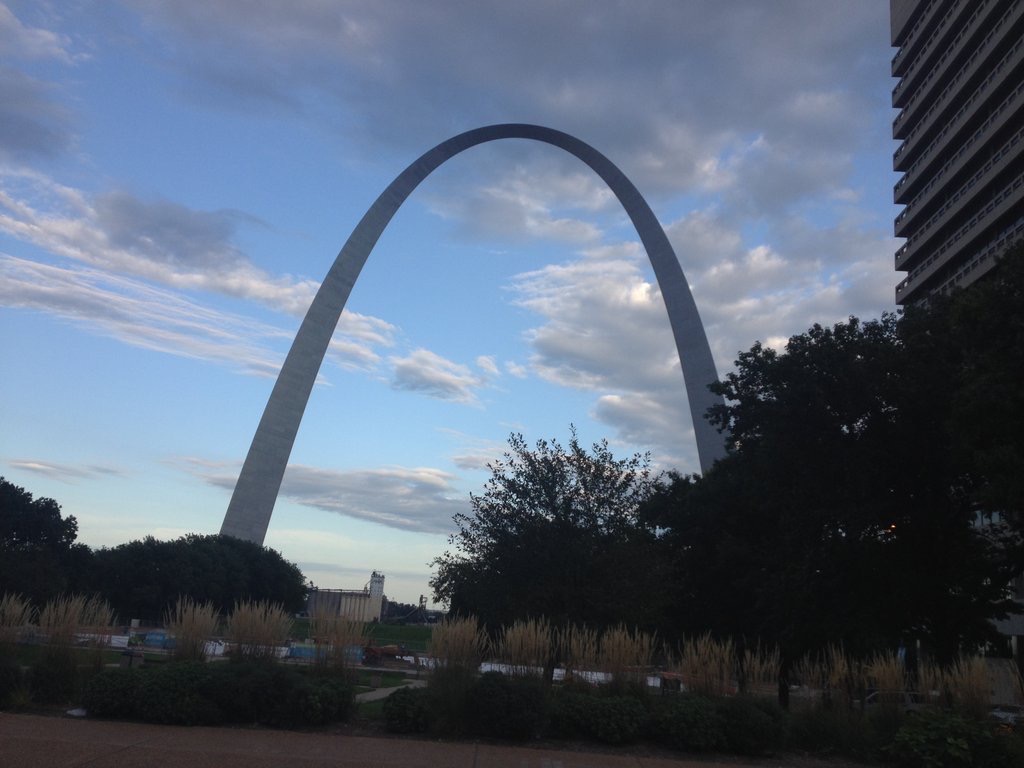 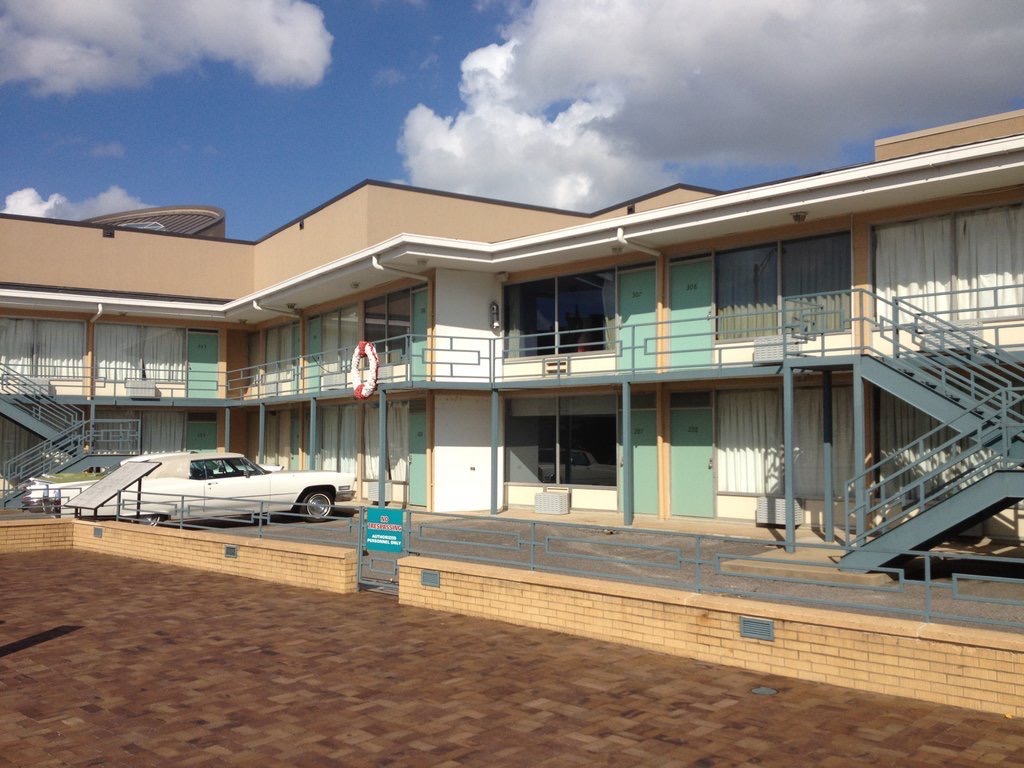 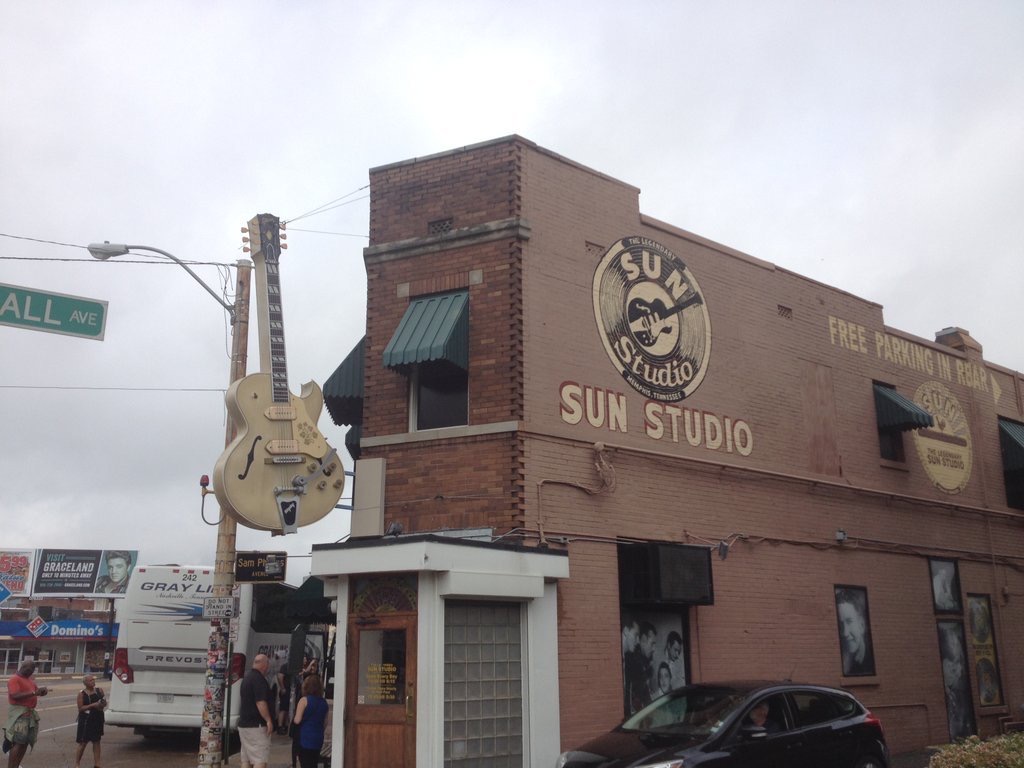 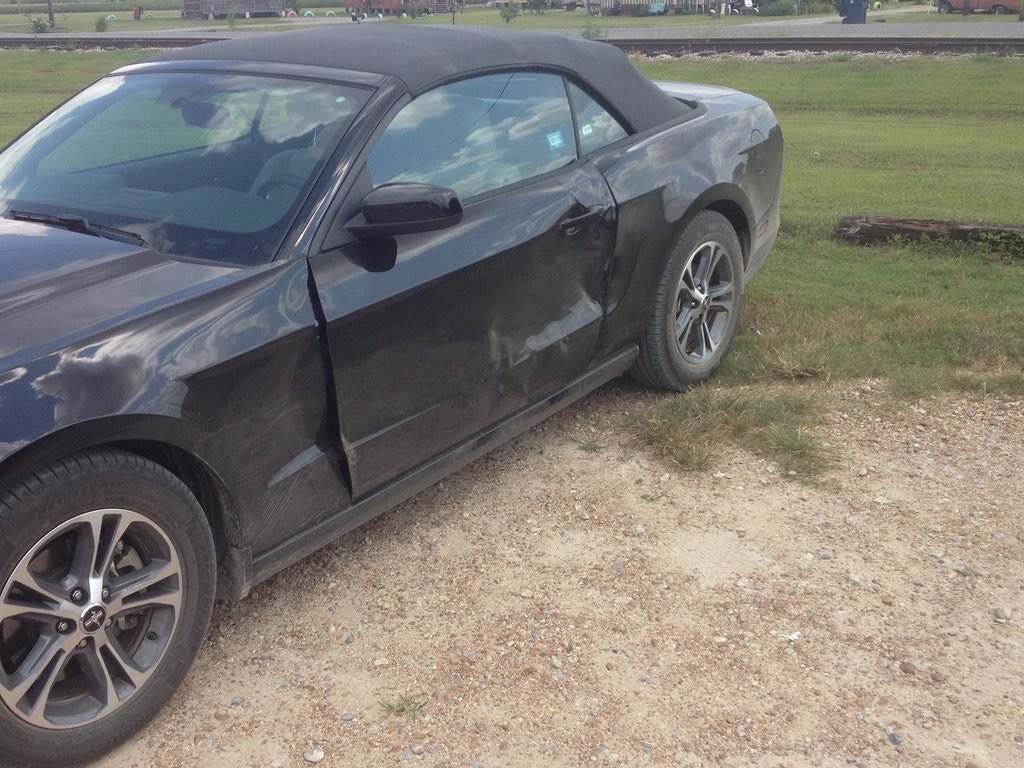 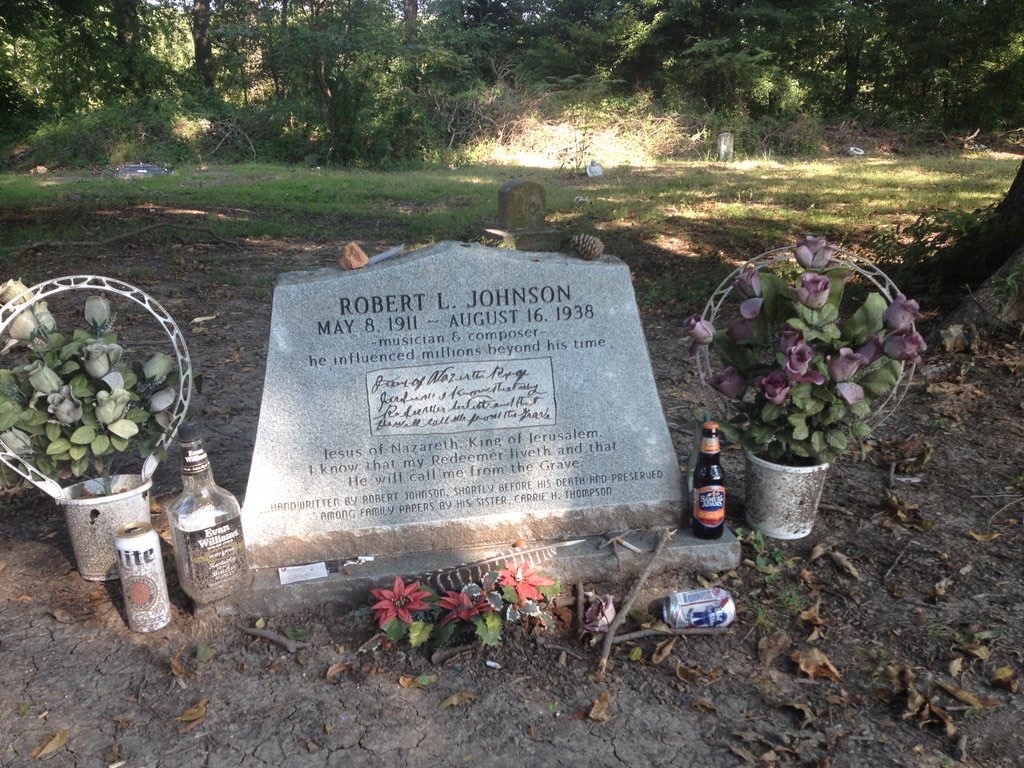 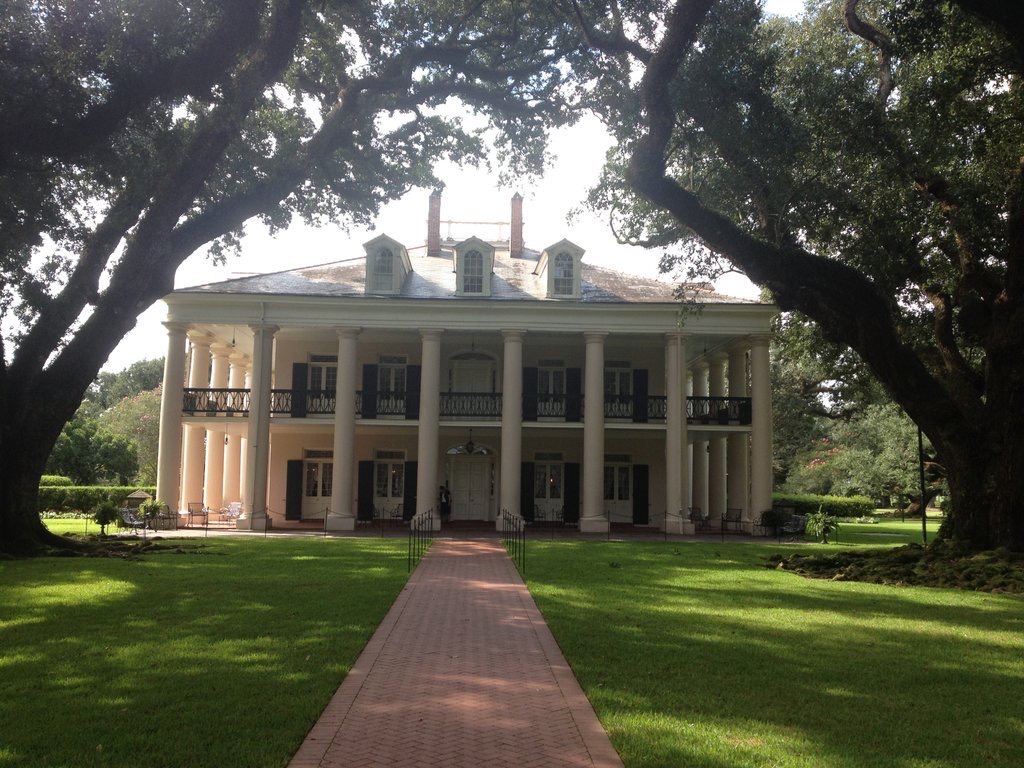