Get your kicks on the Panoramic route in South Africa

Get your kicks on the Panoramic route in South Africa

While we are still trapped between the borders of our own little country, there’s not much we can do but reminisce about old travels. Around this time, five years ago, I was travelling through South Africa. There were still warning signs about ebola, but Covid-19 wasn’t a thing yet back then. I could still mingle between the locals. Animals I have only seen in zoos before, stood only five feet away. My inner child couldn’t be happier. Ever since I was a kid, I wanted to go on a safari in Africa. I even made up stories about me and my friends while on a trip in Africa, without ever stepping foot on the continent. But that was about to change…

Up close with the law in Johannesburg

“Do you know how fast you were going?”

Two police officers stopped us in the middle of nowhere. Naturally, I had heard the stories about corrupt cops, but I never thought it would happen to me. Because of those stories, we always made sure we kept the speed limit during our time in South Africa.

Ever since I was a kid, I wanted to travel to Africa. To walk among my favourite animals in the wild was like a dream coming true. Of course, I was stupid enough to forget my driver’s license back home, so my time in the car was limited to the passenger seat. Too bad, because I was actually looking forward to driving through the savannah. On the other hand, as a passenger I had the best view of my surroundings.

After a long flight, I finally arrived in Johannesburg. Because of that long flight, I basically stayed in my hotel the entire night. Now, I kind of regret that I didn’t get to fully experience that city. Also because it was known as the most dangerous city in the world, and my travel agency didn’t recommend staying out at night. My scenic road trip started early next morning so a couple hours of sleep couldn’t hurt.

My first stop was right after Graskop, one of the few waterfalls I would see this trip, the Mac Mac falls. For some reason, I’ve always loved the sound of falling water. This was already a good start of the scenic drive. Up next, I arrived at a giant pinnacle, about 30m high, standing tall as a giant needle in a ravine. That ravine was then covered in a dense bush, making it really hard to look down into it. But for our first viewpoint, this was already amazing. I live near Antwerp, so being in nature is quite the spectacle. I could have stayed for hours at the next stop, but since there was still a long drive ahead of us (we had to make sure we arrived at our hotel every night), our time at God’s Window was rather short. With this magnificent view, it only took one look down to understand why it was called that way. This was my first panoramic view of my trip, observing the endless views of forests and hills. It almost seemed as if it would go on forever. On a clear day, it’s actually possible to see Kruger Park and the border with Mozambique. It seems I definitely have to come back here one day to discover more of this place.

Up next was something called Bourke’s Luck Potholes, the result of decades of swirling water, causing extensive water erosion over time. Quite fun to walk around, and over, all these rock sculptures.

Our final stop was by far the most breathtaking views I have ever seen, that includes the Grand Canyon. It’s a close call, but the Three Rondavels win this round. Also called a geographical wonder along the panoramic route and a highly popular tourist attraction. Luckily I didn’t see a single other tourist there. This place was close to where our hotel was, so fortunately I could stay here for a while, soaking in this amazing view. Especially the one where I could see the Blyde River running across the whole view. These three round mountain tops were definitely one of the highlights of my trip, especially given the fact it’s situated in the third largest canyon in the world.

Back in our hotel it became clear why I was advised to keep my windows closed. I witnessed a group of baboons roaming the grounds and one of them did climb into our neighbour’s window to steal some food.

Another benefit of being out in nature like this is the night sky. What a marvellous sight of the milky way. Even though I had to be careful of the wild animals around, we still grabbed a couple of lawn chairs and placed them outside.

Be one with nature

This was one of the rare moments I didn’t mind waking up early. As soon as I woke up, I went back to the Three Rondavels for a morning view. To witness the morning sun in that canyon, was astonishing. Our final stop for the day was going to be Mjejane, where I would have my first safari ever. Before arriving, there were still a few stops along the way, including two more waterfalls (Berlin Falls & Lisbon Falls). Again I could have stayed there for hours if possible, but it was time to go and meet some chimpanzees.

The Jane Goodall Chimp Eden is a sanctuary for dozens of traumatised chimpanzees, including one of 72 years old. Here I learned that these animals are quite dangerous and it’s not advised to smile at them because they could see it as a threat and they will attack you. One of the chimpanzees had a habit of throwing rocks at visitors, so I had to watch out whenever we walked in his vicinity. While I was there, I witnessed something special. One of the younger animals was trying to take over the alpha role, which didn’t work out for him, but still. It was only the second time that happened in the sanctuary, so it was quite a sight.

On our drive to the game reserve, I finally saw my first wild animals: giraffes. Animals we have all seen in a zoo, but to see them in the wild was like a dream come true. I couldn’t wait to go on our safari to see some more wild animals.

Mbeki, my guide for the day, took us to see zebras, wildebeests, elephants, hippos, impala’s, rhino’s and even some lions in the distance. We all wanted to see the lions up close, so Mbeki stayed at that spot for over an hour, hoping they would get closer. No luck though. To get a closer view of them, I had to wait until our drive back in the evening. A group of sixteen lions circled our jeep, including some young cubs. To be this close to dangerous, wild lions was amazing.

The next day we had two more safari’s planned, hoping we could see every animal of the Big Five. Unfortunately we didn’t see the leopard. However, I did see some wild dogs, quite a rare sight according to Mbeki, so that kind of made up for it. But I do have to admit, it still stings to have only seen 4 out of 5.

I could have been a Zulu Warrior

Along our road trip we had to cross the border with Swaziland, but unfortunately there wasn’t enough time to see much of this country. There was this one place that had a beautiful view of the mountains and that served delicious coffee, so definitely worth a stop. We didn’t have any trouble crossing the border two times, but I have to admit it felt kind of strange to see warning signs of the Ebola virus. One other thing to worry about alongside Malaria. But don’t let this stop you from visiting this amazing part of Africa though.

Back in South Africa I had the opportunity to visit a real Zulu village. What better place to learn more about their culture, right? There I witnessed my brother fight with a real Zulu warrior and the chief offered to marry one of us to one of his daughters. Who knows, I could have been a Zulu warrior myself if I went through with it.

After breakfast we took the car to St. Lucia for our river cruise, hoping to see dozens of crocodiles. The weather wasn’t ideal for seeing crocodiles, but I did manage to see a lot of hippos. Who knew their smell was that bad? In the zoo back home, there was a safe distance between me and the hippos, but on a small boat in the middle of the river, we were part of their group. Back in St. Lucia they told me they were still the most dangerous animal in all of Africa. People had to be careful at night, since that was the time these animals came on land and they would stop at nothing.

I only had a week in South Africa and Durban was my final stop. This city is a world-class surf spot and an ultimate holiday destination because the weather is always good. But not for us… We had the worst weather of our stay in South Africa there, nothing but rain. That didn’t stop me from catching a glimpse of the ocean though. Seeing those big waves crash into the beach was quite a sight, making it quite obvious as to why this is a world-class surf spot.

South Africa was my first experience with this continent and I’m definitely craving for more. Maybe Cape Town next? After all, cage diving with great white sharks is on top of my bucket list. 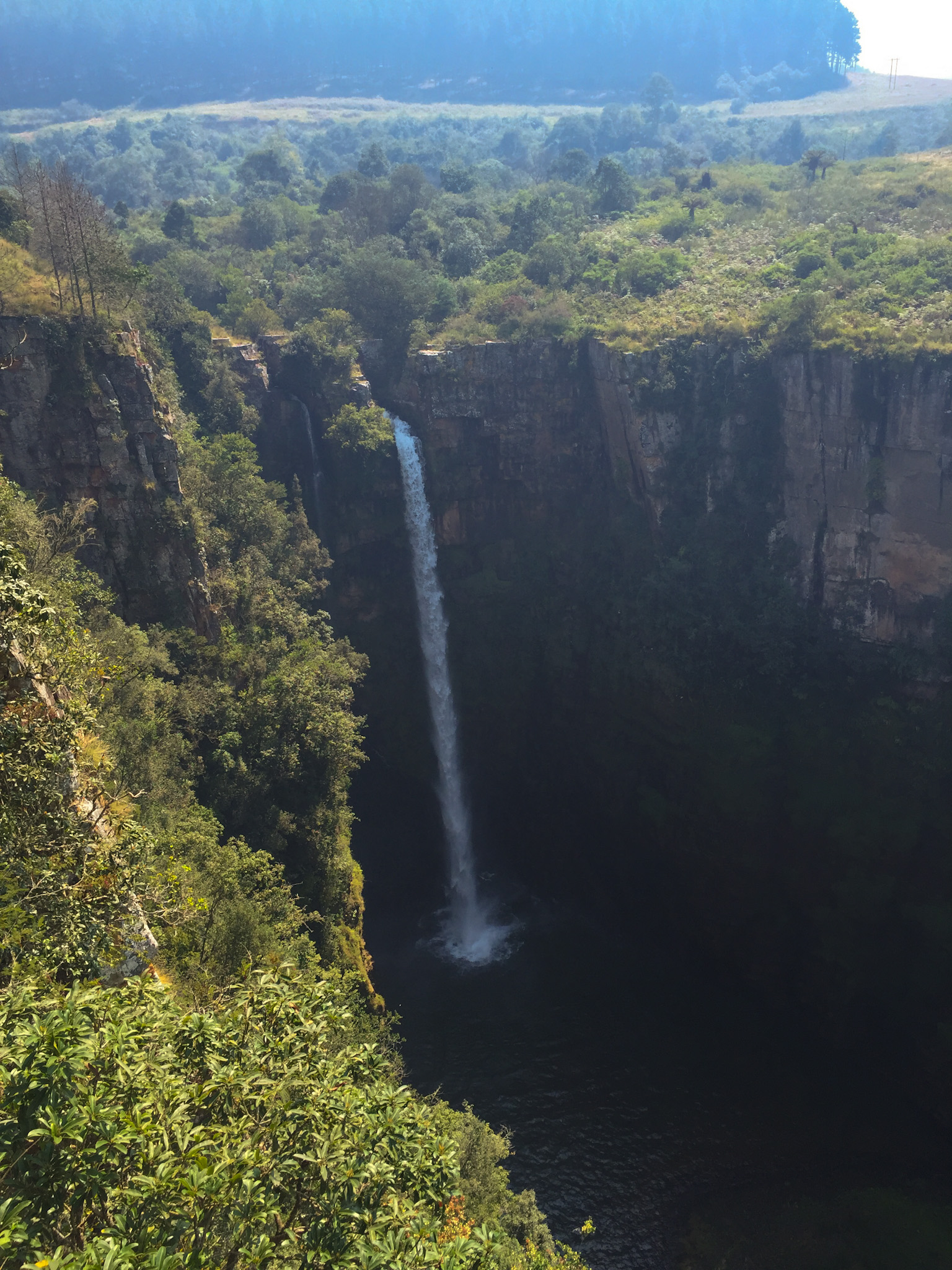 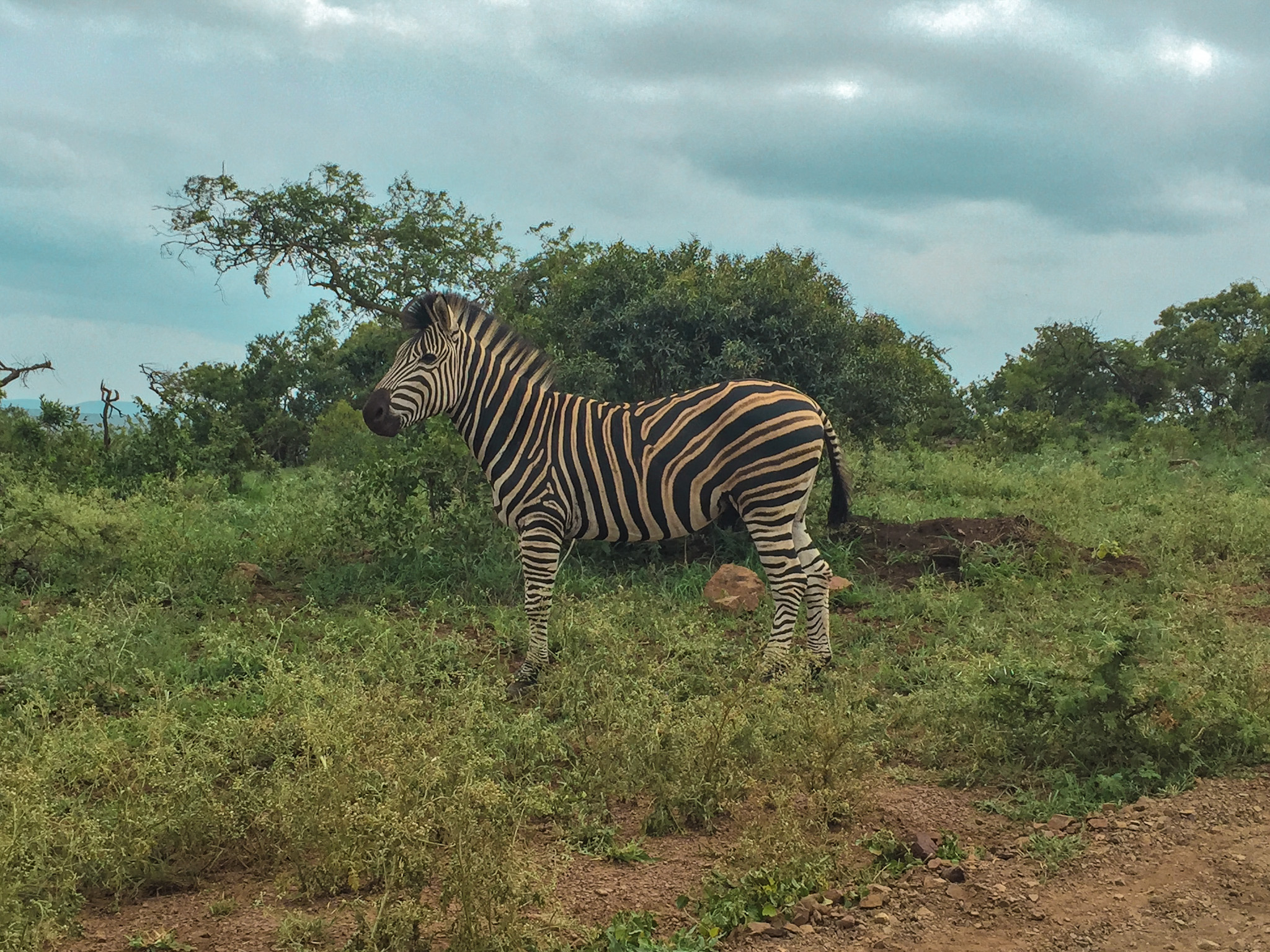 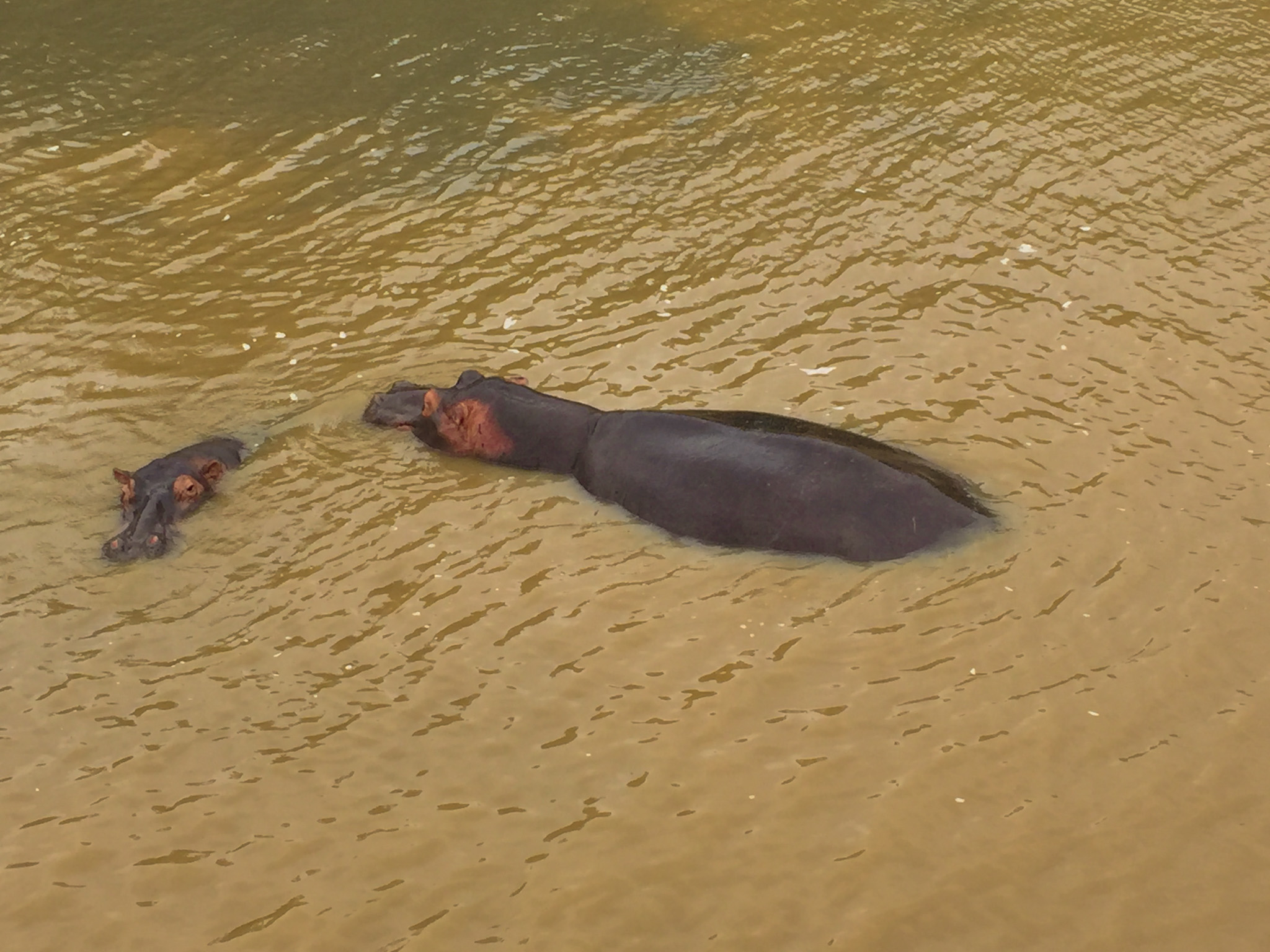 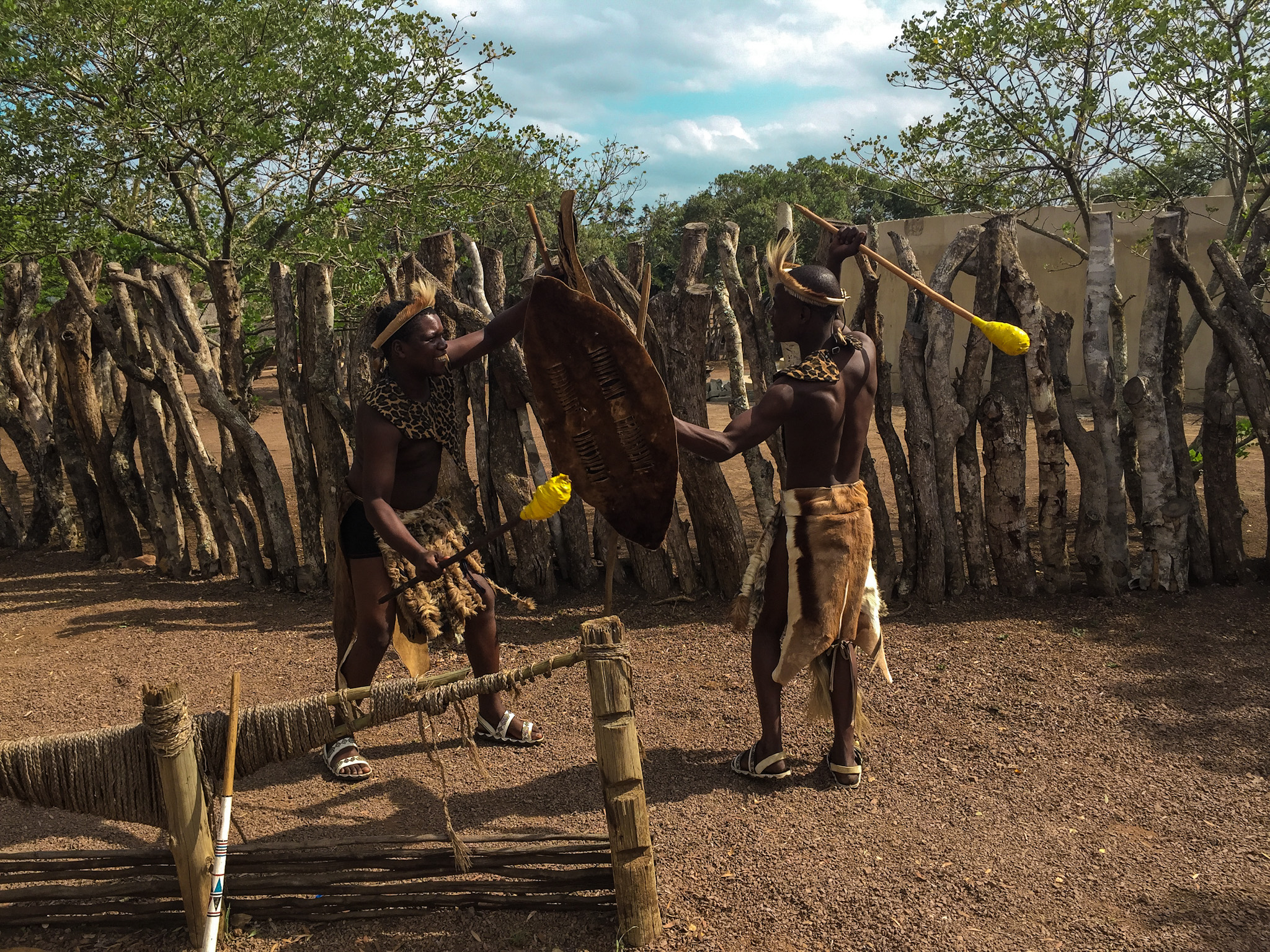 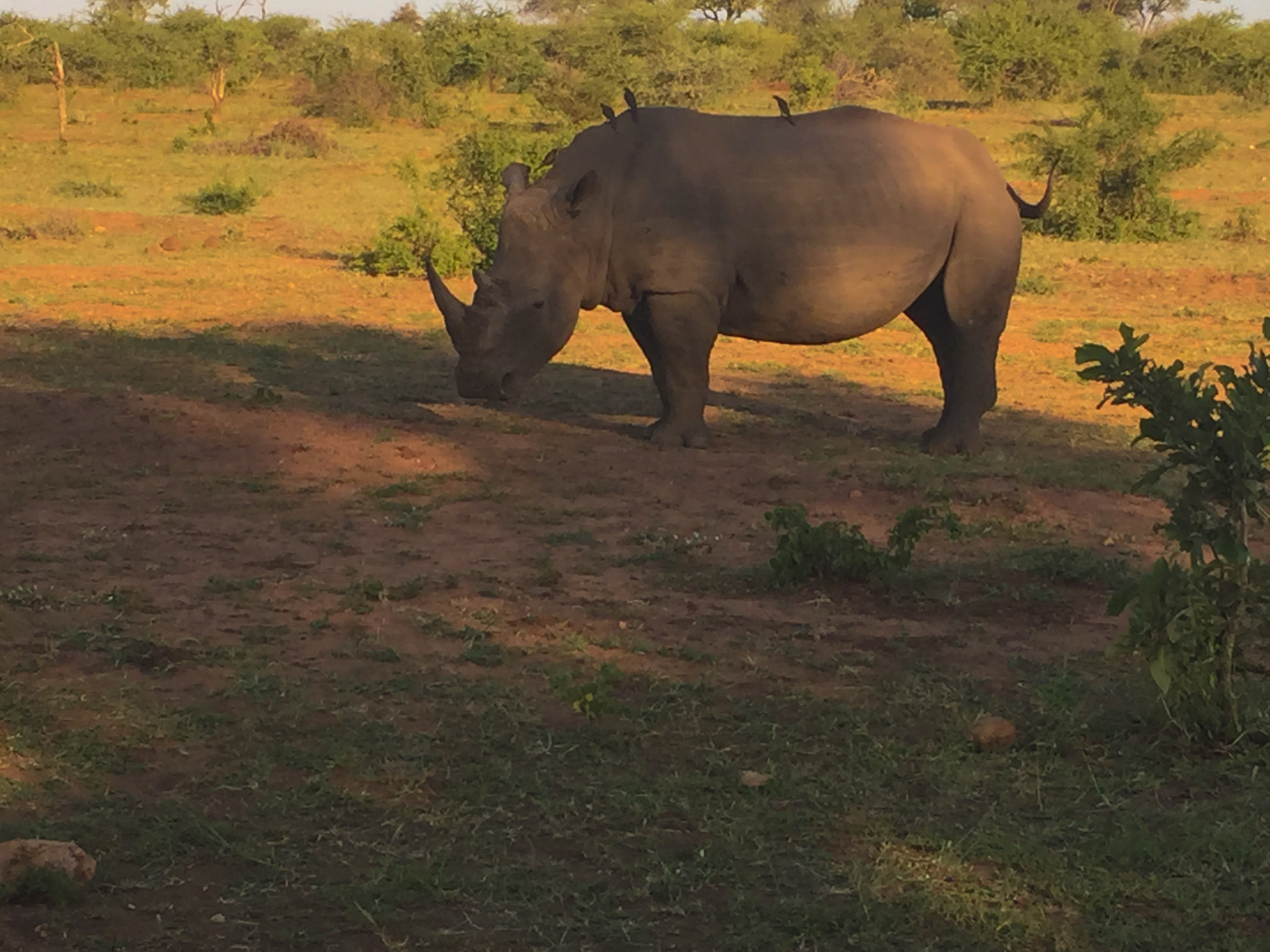 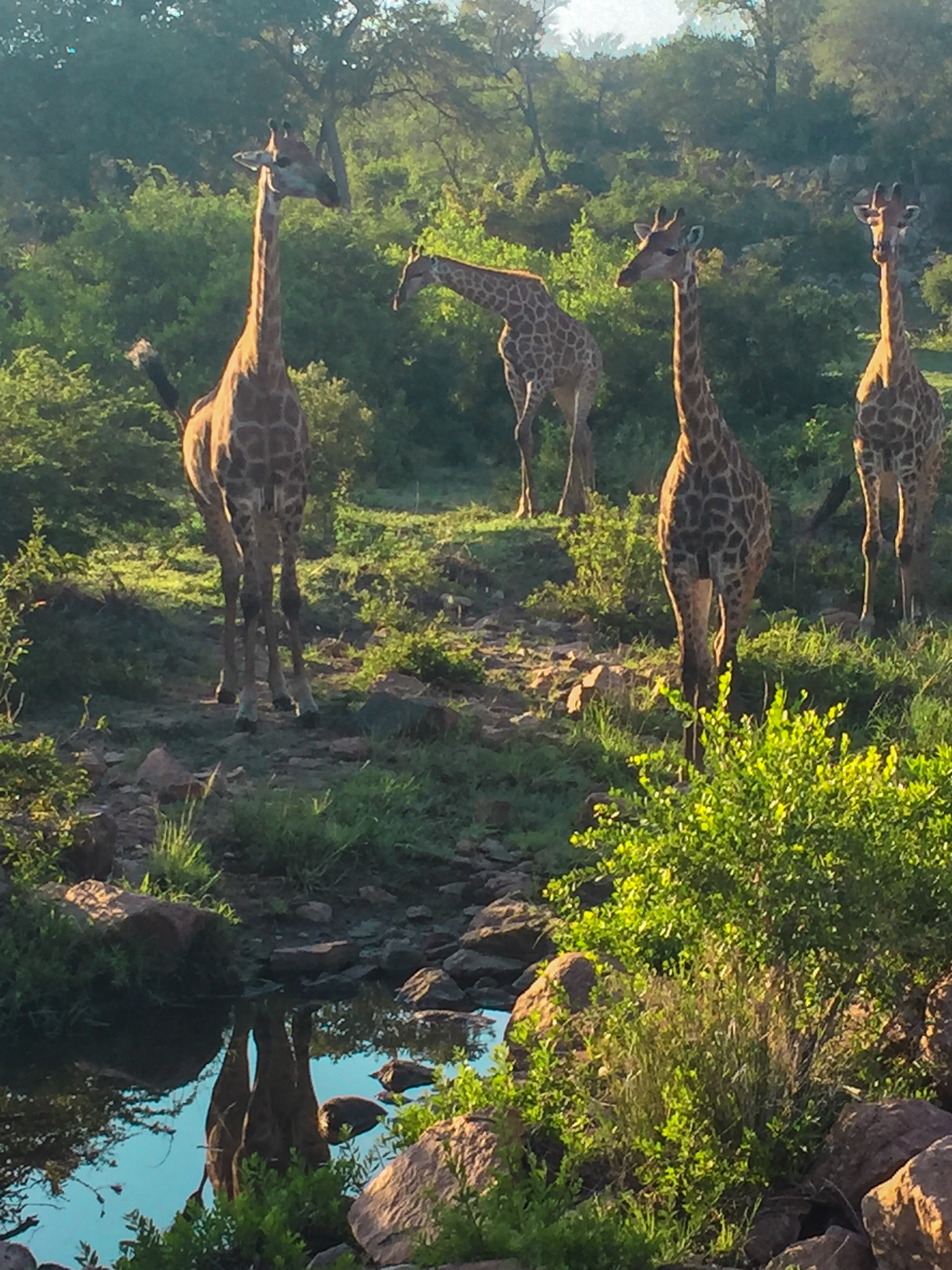 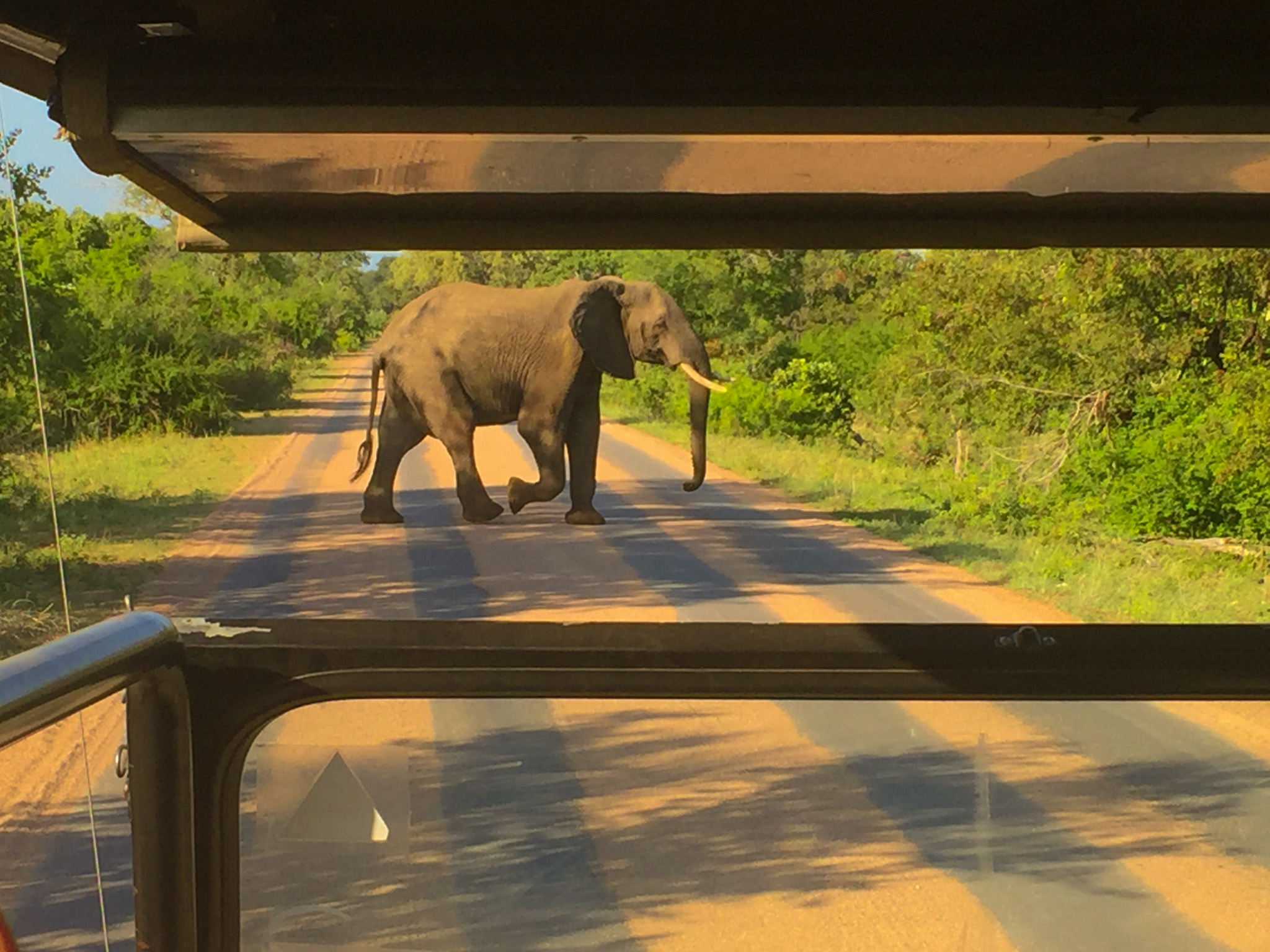 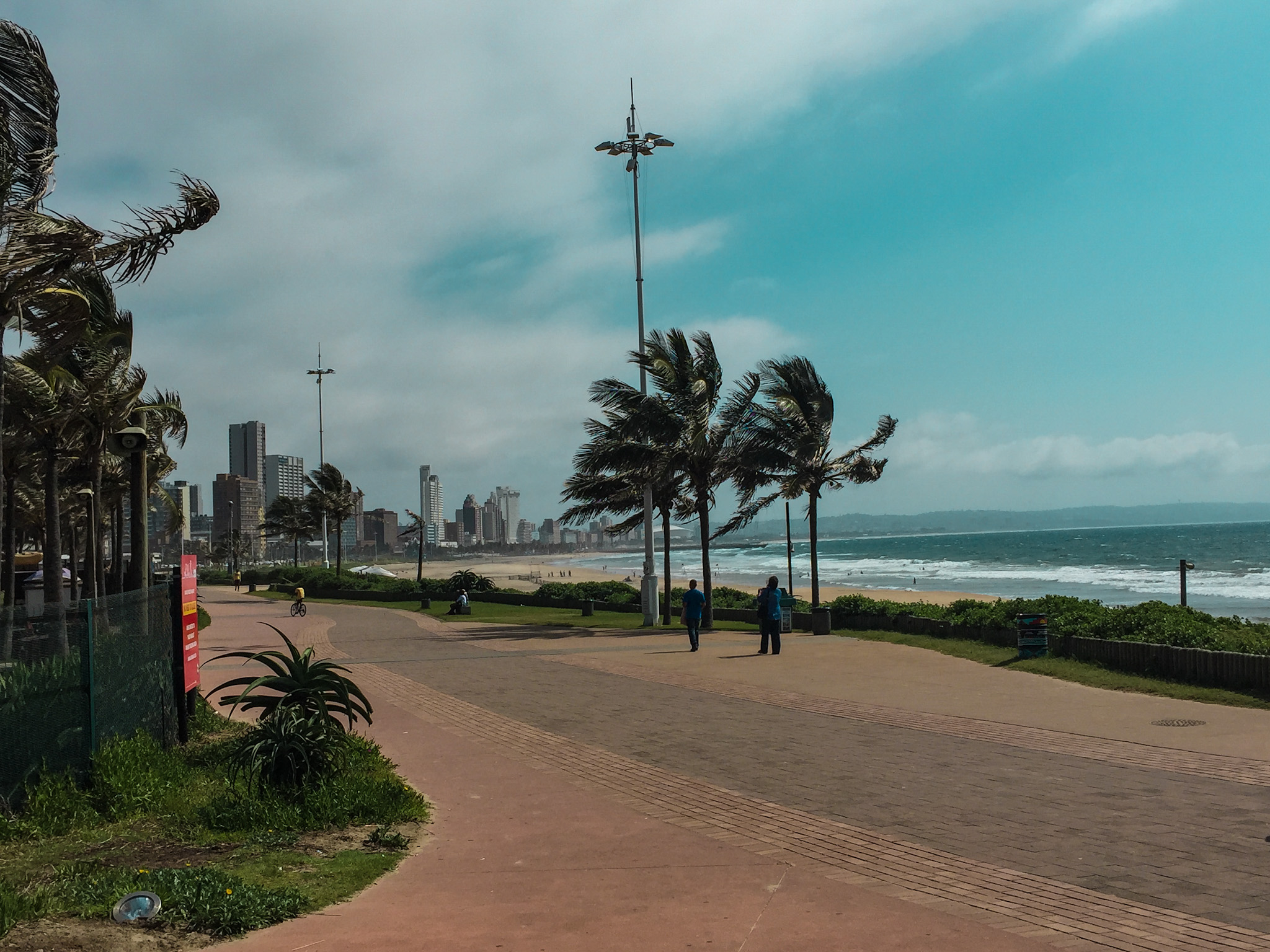