Hidden secrets as to why New Orleans is otherworldly

Hidden secrets as to why New Orleans is otherworldly

New Orleans has attracted all kinds of people in the past. Art, festivals, jazz and voodoo have all contributed as to why Nola is so appealing. I want to share my experience with this charming city and explore why it’s so out of this world.

The French Quarter is New Orleans’ oldest neighbourhood. This part of town has been pictured as the place of vampires and voodoo rituals, think about ‘Interview with a vampire’, which was set in this quarter.

The first thing that attracted me to this place where all the old buildings. Balconies covered with plants is the first thing I saw when I entered this quarter. 9 am and it was already way too hot outside. As a European, it takes a while to adjust to this humidity. My first night I arranged a local guide to show me around some of the haunted houses like the LaLaurie Mansion where they discovered a hidden torture chamber with dozens of slaves dead.

I have always been interested in the voodoo culture, so the best way to learn more about it was the Voodoo Museum located on Dumaine Street. I chose for the voodoo/cemetery tour, which started with a guided tour through the museum. This gave a background to the voodoo scene in New Orleans including some of the rituals they used to do, and still do sometimes. The reason why I included the cemetery tour was that it’s impossible to visit the grave of Marie Laveau, the voodoo queen, without a guide. Legend says if you knock three times on her grave, she would do her best to help you. I had no idea whether that is true or not, but I decided to give it a try anyway. You never know… The museum is a great way to preserve the legacy of voodoo culture in New Orleans and entertain visitors at the same time.

The first time I visited this city I was still able to get a reading by a real voodoo priest, but after his untimely death, the museum doesn’t offer these ceremonies directly anymore. They do get you in contact with contemporary practitioners if I wanted another reading done.

Even though the French Quarter is famous for its vampires and voodoo priests, it is still possible to see some weird people down on Bourbon Street. Possible one of the most famous streets in this city. It’s filled with bars and drunk people, but a great way to experience the nightlife here. Everywhere you walk there is live music to be heard, going from jazz to rock.

To stay in the theme of the old days, I went to visit the Pharmacy Museum on Chartres Street. This place showcases the rich history of health care in the city. I found it quite interesting to see all the old bottles and medicines. I have to say I was unaware of some of the practices they used to perform on sick people, but still very interesting to learn about.

Not too far from here is also the oldest bar in town, Lafittes. Also one of the haunted houses that can be found throughout the city.

The starting point of many of the ghost tours is Jackson Square. I loved walking around here because of the many shops and artists that sold their art around the square. Something most people don’t know about is ‘Touchdown Jesus’. In the garden behind St. Louis Cathedral you can find a Jesus with outstretched hands. My guide told me to come back when it was starting to get dark to see it in full effect.

The story goes that an Archbishop delivered a special prayer for the New Orleans Saints and after they won the Super Bowl, the statue was renamed ‘Touchdown Jesus’.

Since I was still around Jackson Square I thought the best way to end my visit to the French Quarter was to stuff myself with the world-famous beignets of Café du Monde. I’ve always wanted to try these after I saw the movie ‘Chef’ with Jon Favreau.

Explore the art scene of Nola

New Orleans is booming with art and since I love strolling through art galleries, Royal Street was the place to be. The ones I especially liked were:

Down in Royal Street is a small Italian restaurant called Mona Lisa. This place has hundreds of adaptations of the famous painting. While I was waiting for my food, I got a blank placemat where I could draw my own version of the Mona Lisa, which happened to be Jake from Adventure Time. If the restaurant thinks it’s a piece of art, it goes on the wall, mine however, ended up in the trash.

I also visited the New Orleans Museum of Art (Noma) which was the place to be for art. I saw collections of almost every continent on earth. I still find it quite interesting to see how detailed their work was, even in the 1800s.

Outside of the museum is a free sculpture garden, which is quite nice to stroll through. The temperature outside was insanely hot, so luckily there was a small building in the garden that had A/C. Inside were sculptures made by Nick Cave, so a great way to cool off before I continued the rest of the garden.

Of course, New Orleans is famous for Mardi Gras and their parades throughout the city. Even though it’s a time where people are openly drunk and the streets are too crowded to enjoy the city, there is a better way to see the floats. I visited Mardi Gras World, the place where they make all the floats for the parades. I was able to witness the whole process and how much work it takes in making even one float. Incredible!

Throughout the city, there is art to be found everywhere and if it wasn’t for my local guide, I wouldn’t even have paid attention to one of their famous street artists called The Odd Boxer. He is a local artist who paints the water meters around the city with opinions that most people don’t truly speak about. After that, I paid close attention to where I was stepping.

What to eat in New Orleans

I already mentioned the beignets of Café du Monde, but there are definitely more local dishes that are worth trying. One of them is of course Cajun. Most of these place I recommend came directly from my local guide and I have to admit she knew where to go. The first place is Napoleon House, where I tried Jambalaya, a rice dish. Another reason I wanted to visit this place was for the Pimm’s Cup. The cocktail that was invented in this bar. It’s not high in alcohol, but definitely high enough for refreshment during these hot days.

For the best Muffuletta, a sandwich, I had to go to cafe Maspero. I can’t say I was a big fan of it, but it might have been all the olives stuffed in there.

I never thought I would try alligator meat, but here I was at Pat O’Briens, stuffing little nuggets in my mouth. If you’re not really hungry, but you still want to try something special, this is the place to be.

I had been looking forward to eating some of the famous gumbo all year, so I wanted the best place where I could find it. That place was the Gumbo Shop. I was lucky to witness New Orleans at it’s best at this place. While eating delicious gumbo, the guy next to me took out his trumpet and started playing for the whole restaurant.

A whole other Nola

Of course, New Orleans has a lot to offer and it’s impossible to write about every single thing. I listed a few other options that are definitely worth visiting in my opinion.

I was lucky enough to have a car to take a drive on Magazine Street. This place is filled with mansions and little shops. Also home to the famous Peaches record store. Next to bookstores, I could spend hours browsing through old records. I found a little coffee shop, called Hey Café, nearby to take a little breather. Definitely a place where most students came to hang around and a great way to discover some of the local art which was hanging from their wall.

Speaking of bookstores, I did find a charming little bookstore (Frenchmen Art & Books) on Frenchmen Street, which is also the place to be for live music. If you don’t like the crowded Bourbon street, just like me, this is a better alternative.

I heard about an insectarium down on Canal Street that was worth visiting, and also a place where you could try and eat some insects. Never thought I was going to do that either, but I was eating chili worms and cricket cookies before I knew it. When I say they taste like Doritos, it’s fair to say you can believe my word on it.

In conclusion, New Orleans has something to offer for everyone. Going from the mysterious voodoo culture to the smooth and sexy tunes of jazz music. 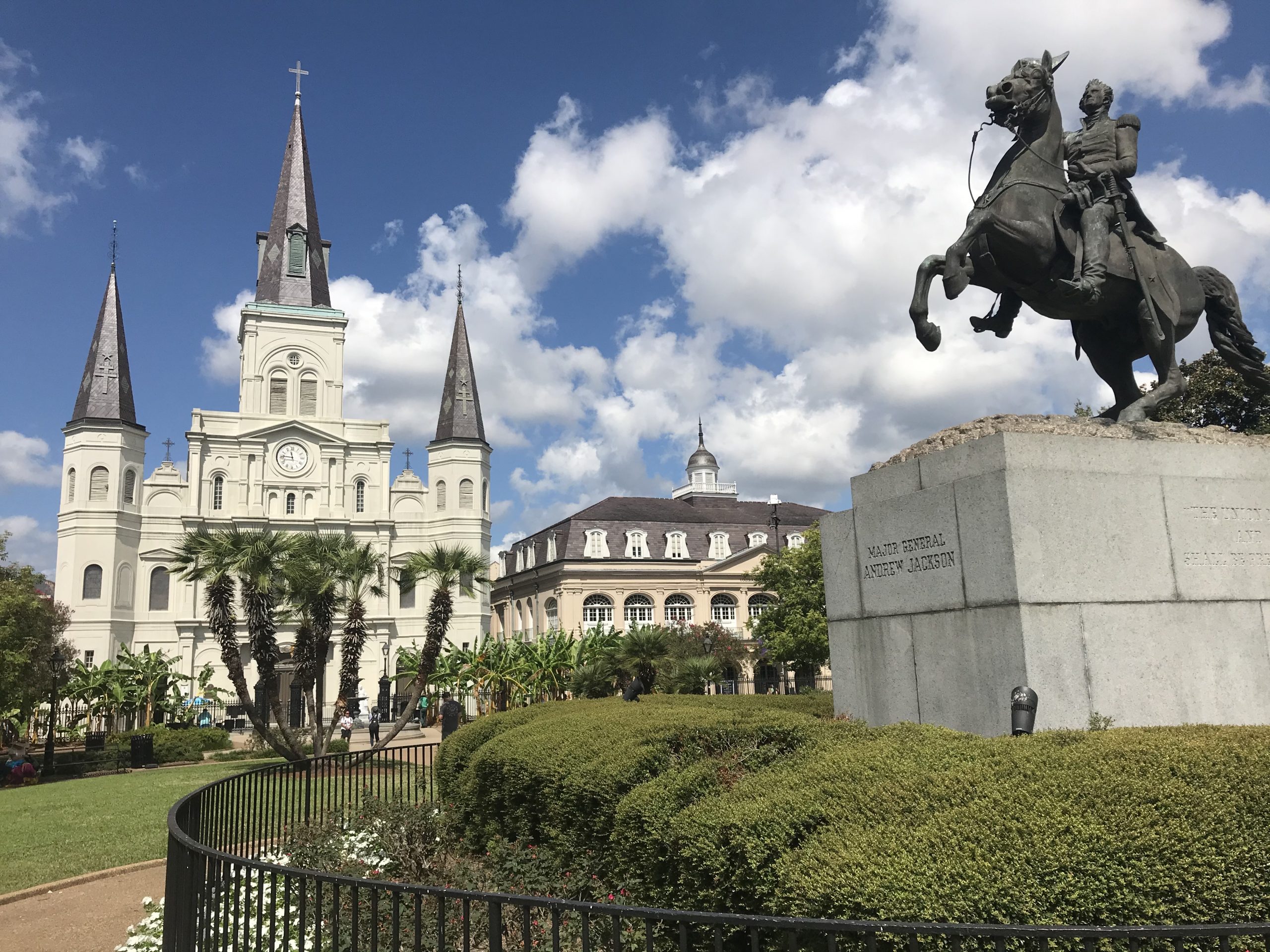 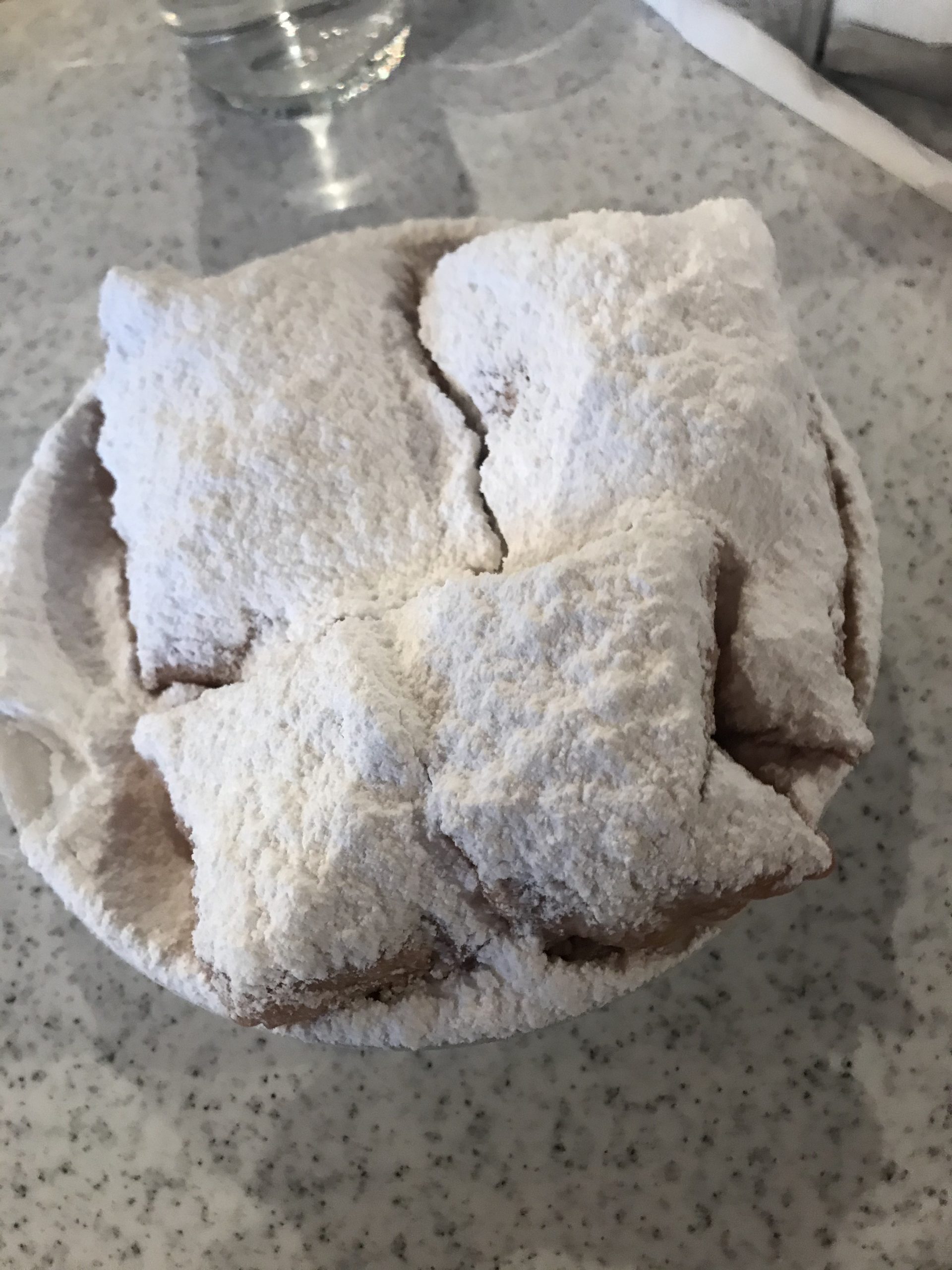 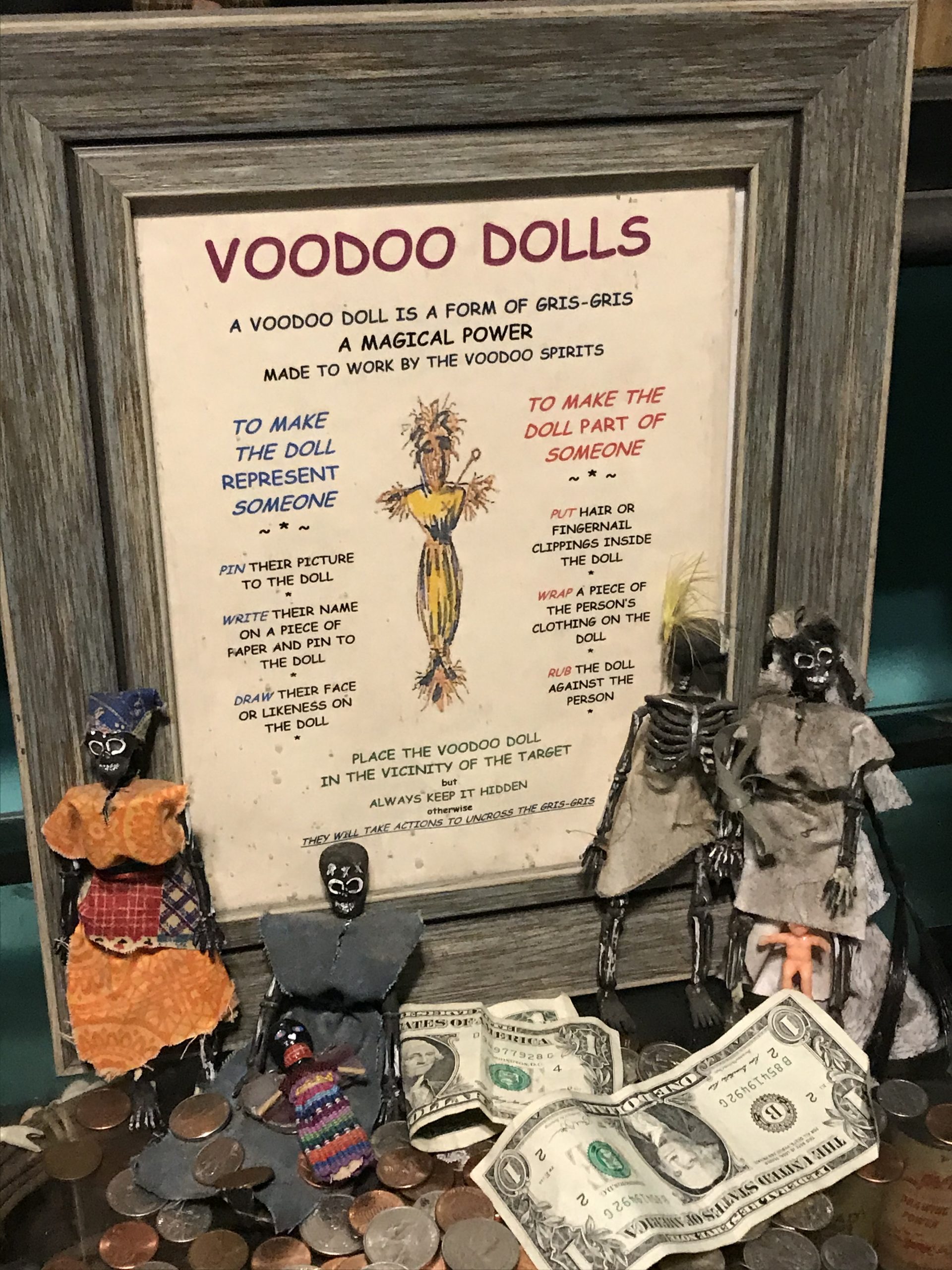 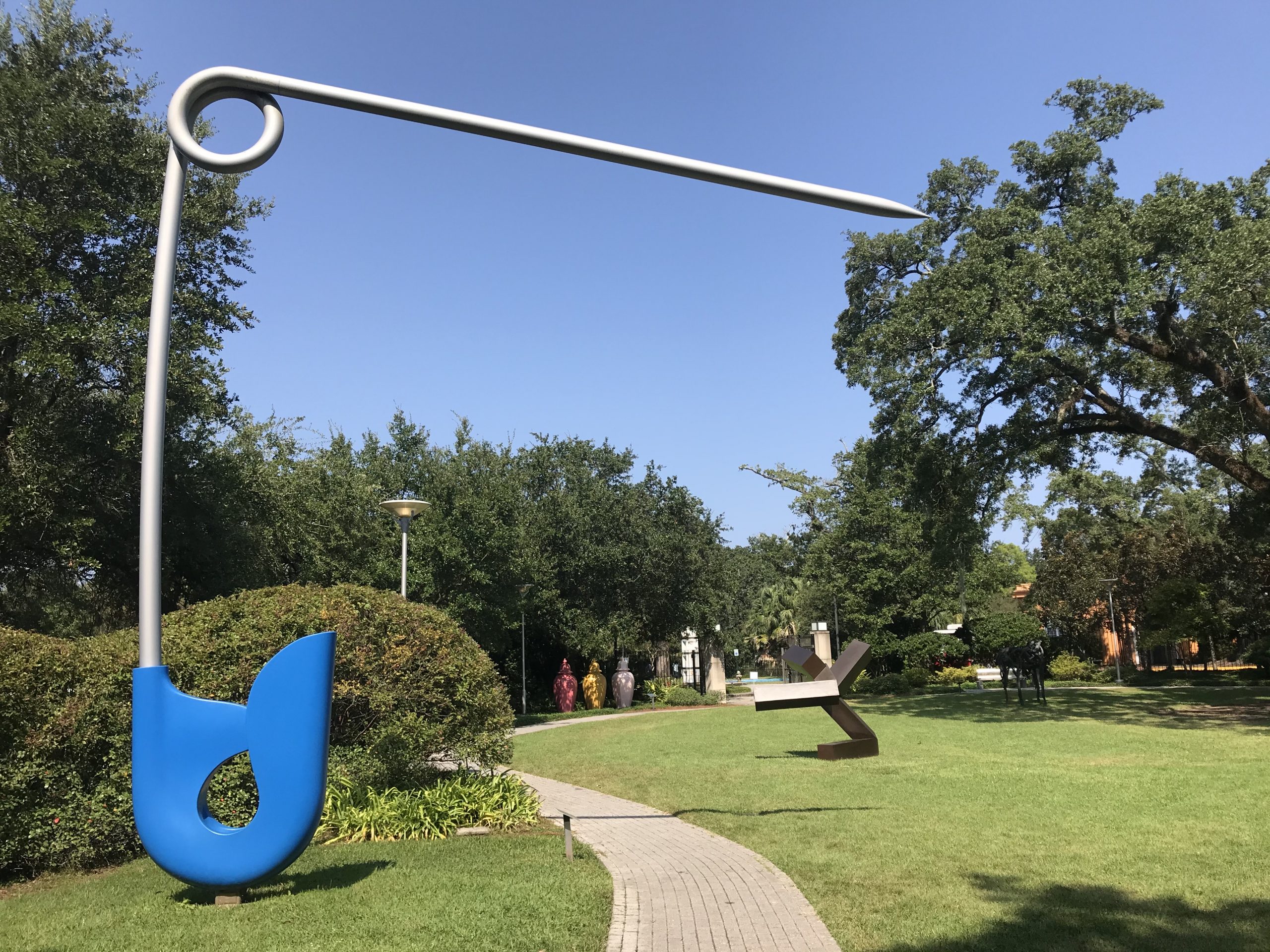 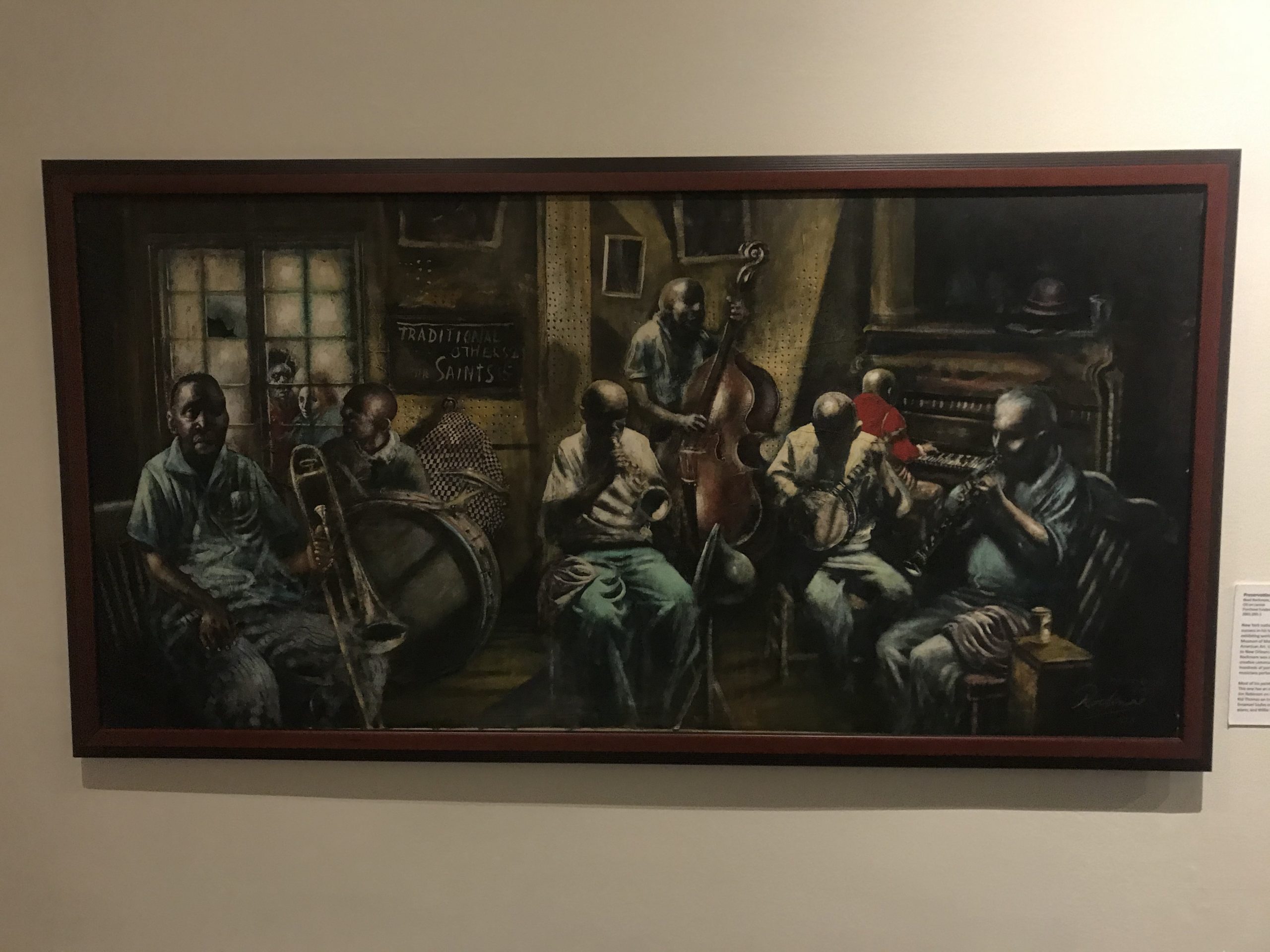 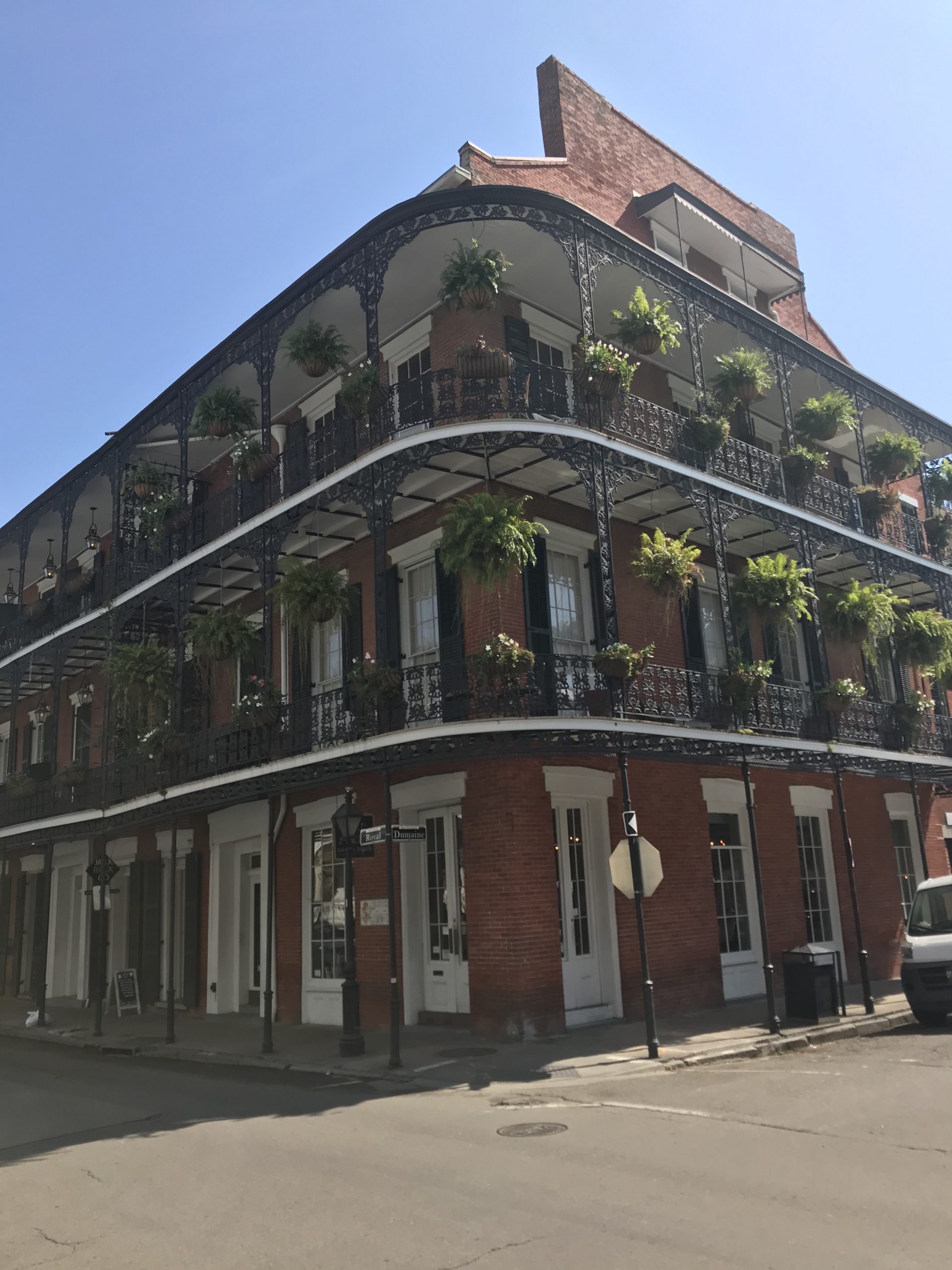 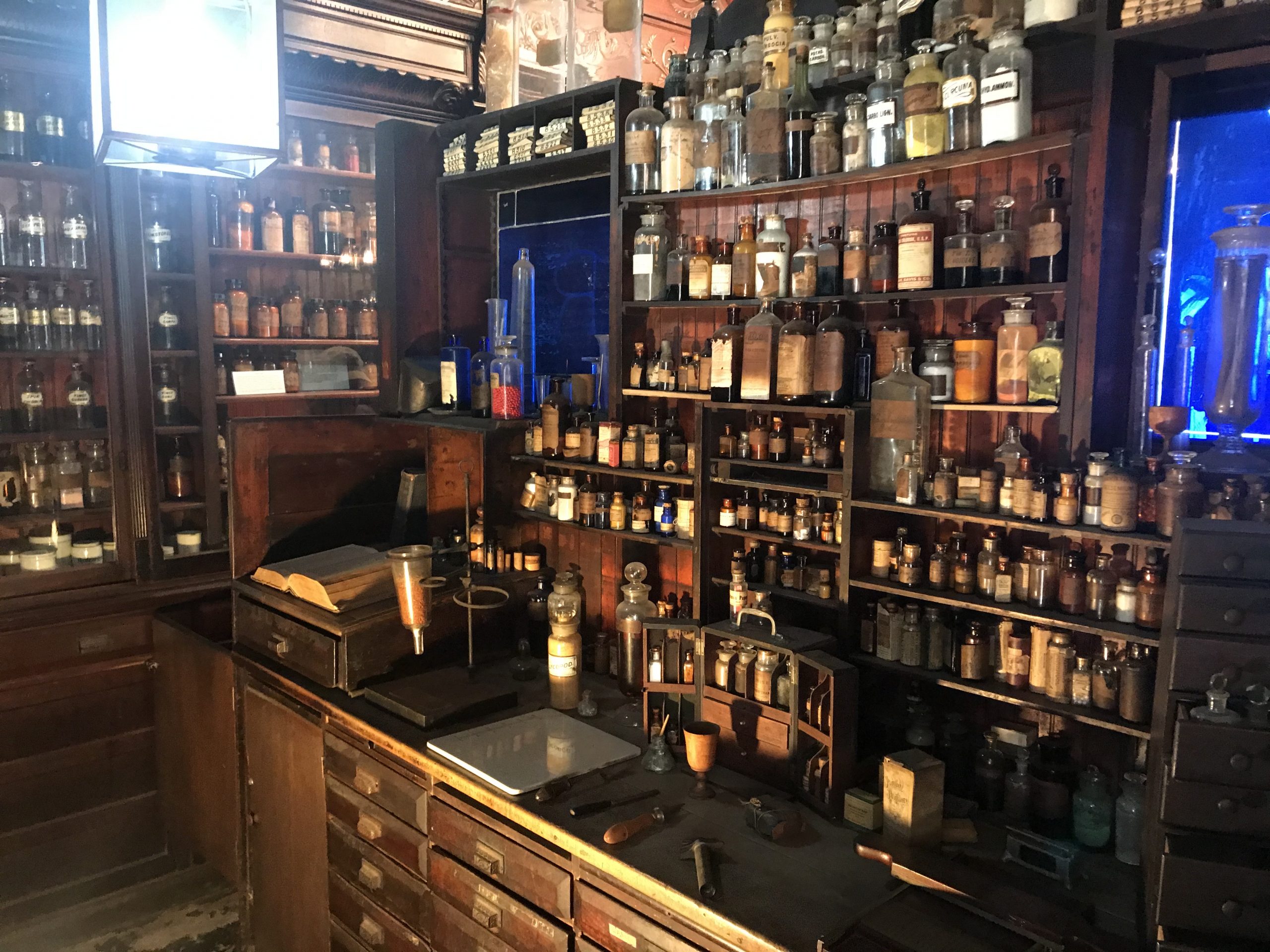 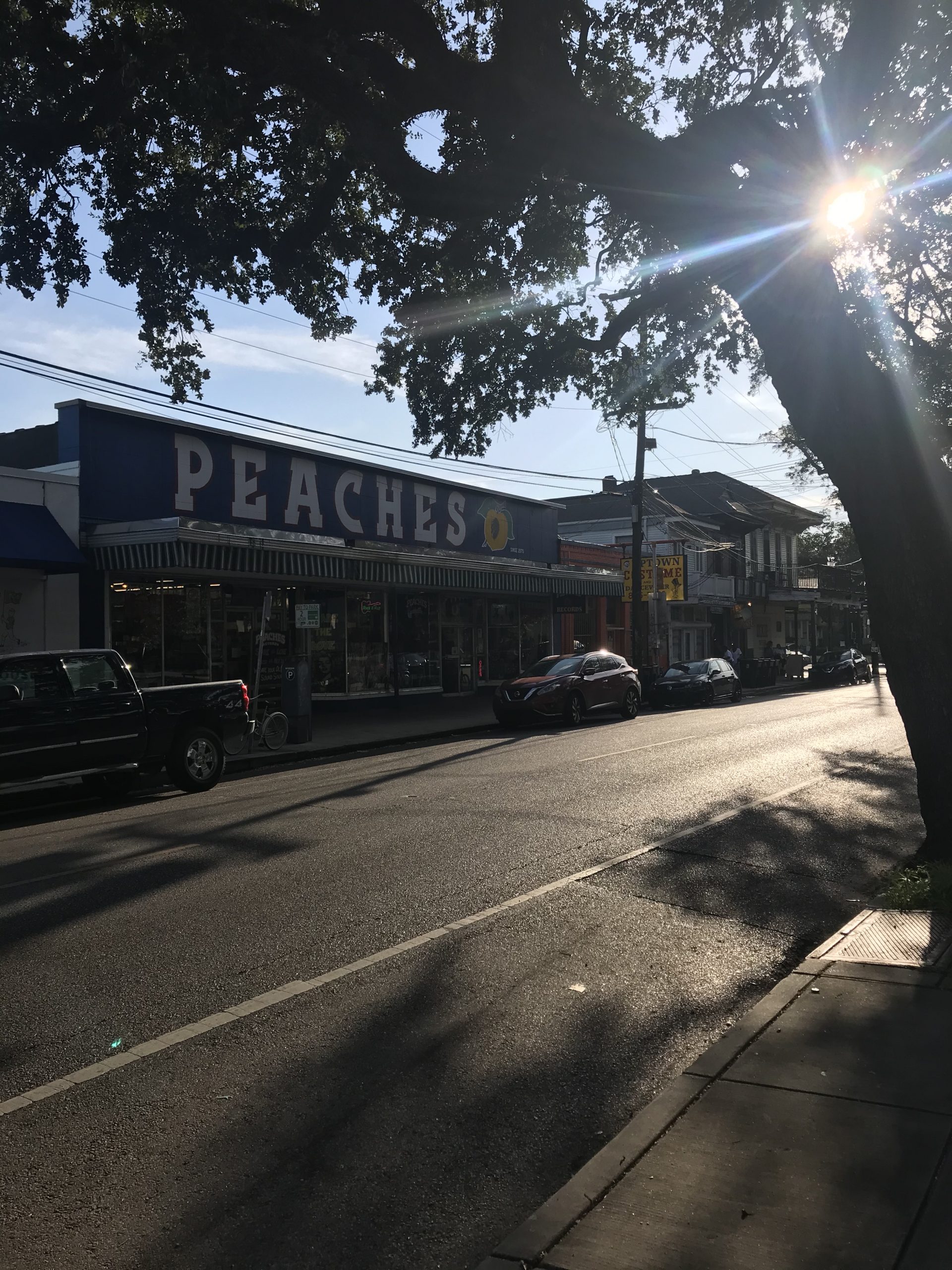 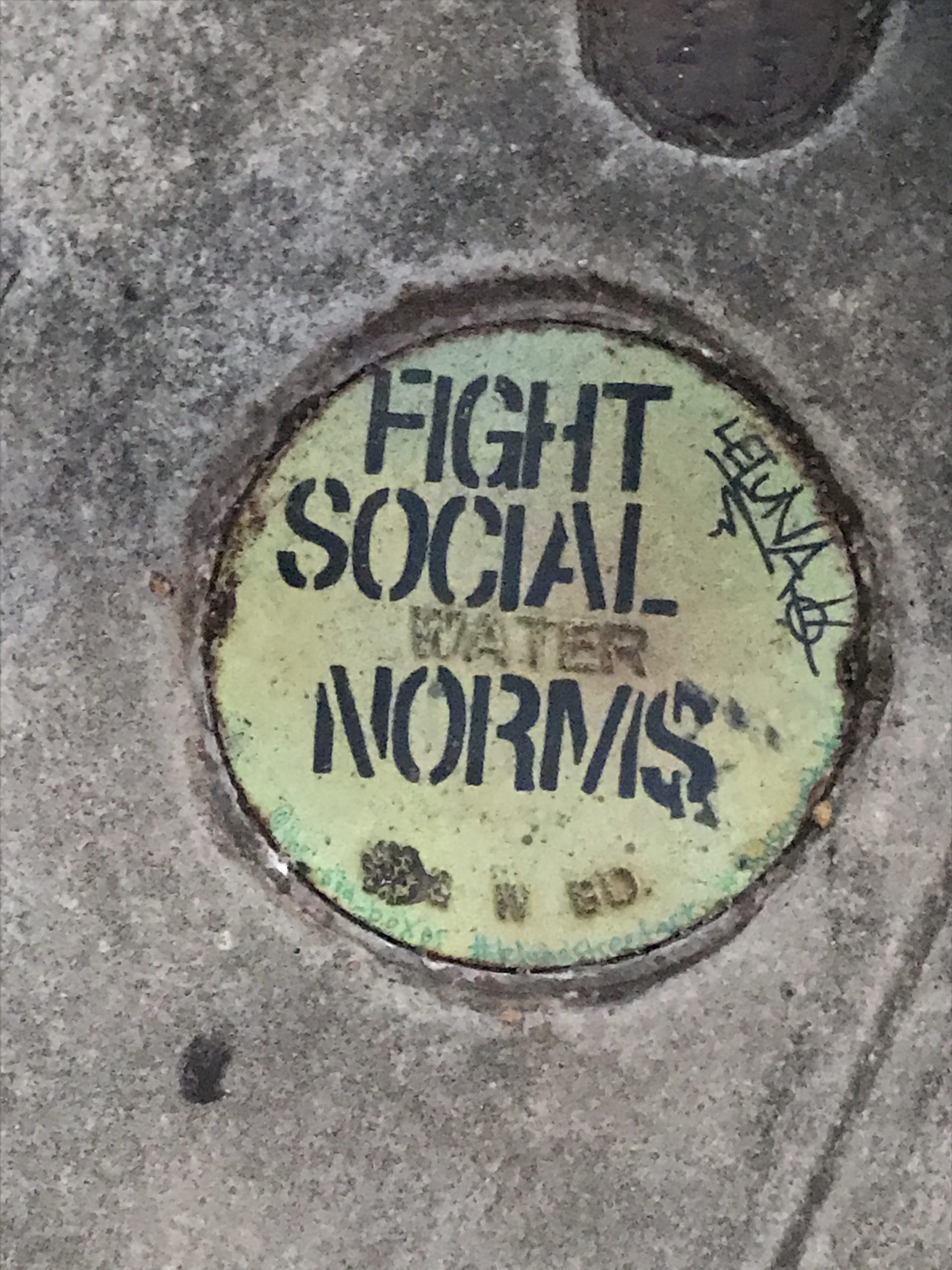