Osaka: Discover the Best of the Japanese Metropolis

Osaka: Discover the Best of the Japanese Metropolis

On an hour-long train ride from Nara to Osaka, the once peaceful landscape turns into a genuine bliss of neon lights. Osaka is clearly a more dense city than Nara and Kyoto. On top of that, we made the mistake of coming here during a Chinese holiday, a week to be precise. The crowds of a Japanese metropolis are already quite overwhelming, but the presence of thousands of Chinese tourists make you feel like you’re in a constant Black Friday Sale. We were wondering what the subway would be like, but after all it wasn’t that bad. Everything is well organized as you would expect from Japan. There are nine transit lines in total, but in theory you only need about two of them. The Midosuji-line and the Chuo-line take you everywhere you need to be. From our own experience, it’s best to purchase a prepaid card like Icoca or Pasmo, this will save you a lot of time during rush hour. Ordinarily I wouldn’t suggest travelling during rush hour, however it’s a once in a lifetime experience in Japan. That’s how you really notice how organized and punctual Japanese transportation is.

Dotonbori – As soon as you see the giant billboard of Glico Running Man, Osaka’s most iconic billboard, you know you’re in Dotonbori. This is Osaka’s most entertaining neighborhood. Thousands of tourists gather around the Glico man to pose for their own unique photo, so you can count on a short waiting period if you happen to have the same idea. Another iconic image in Dotonbori is the giant ferris wheel of Don Quixote. No matter how ostentatious it may be, for only ¥600 you have an amazing view over the city. Alongside the Dotonbori river, there is a riverwalk where you can experience the characteristic liveliness of this neighborhood, going from street musicians to the well-known street food. The moment you see a giant queue outside a tiny little bar called Kukuru, you’ know you’re in the right place for some amazing Takoyaki. In a small alley behind the river, we came across a cute little coffee shop that was so small, that the owner (a typical old Japanese woman with little knowledge of the English language) had to go out the backdoor to enter through the front to bring us our order. 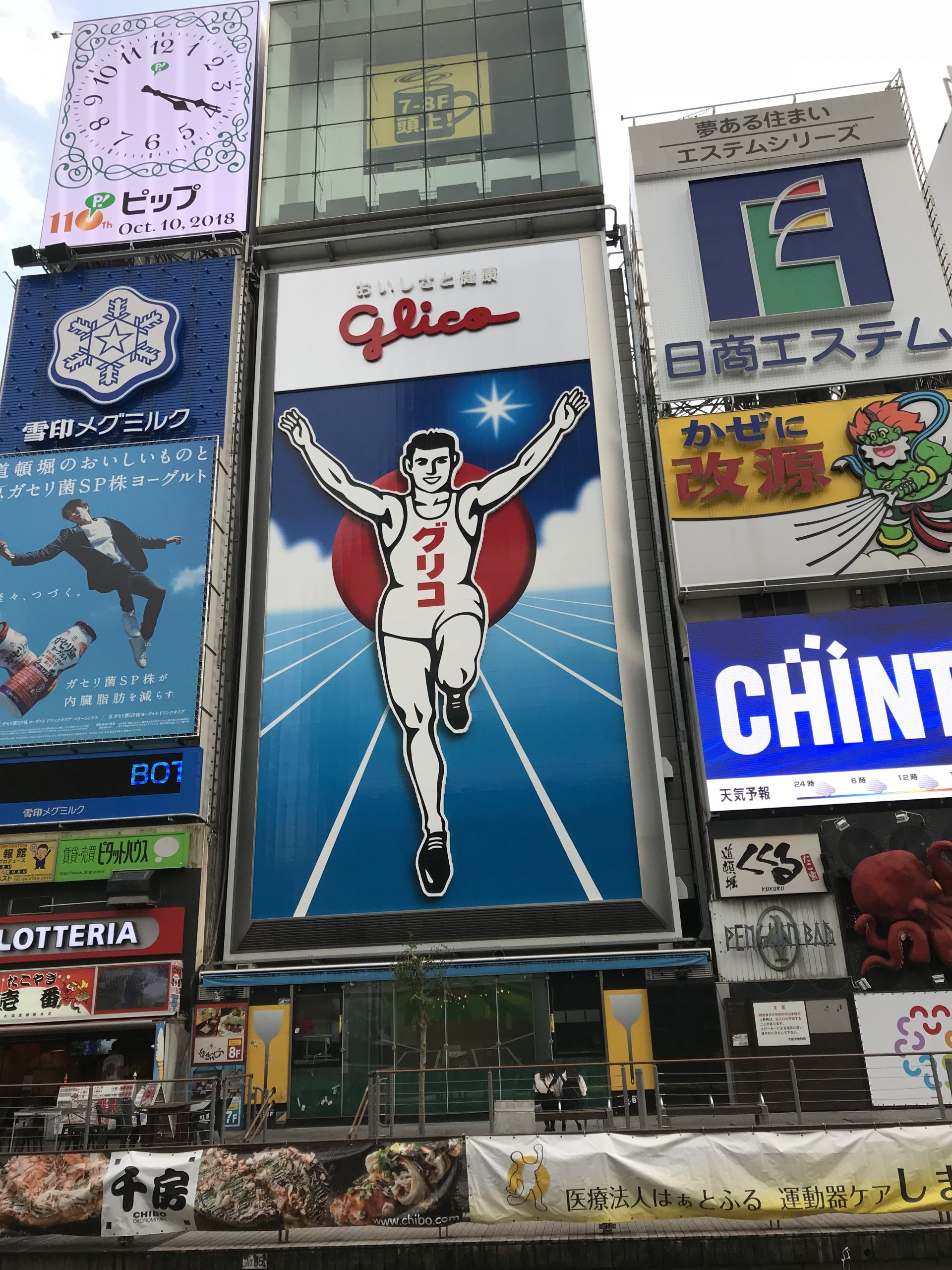 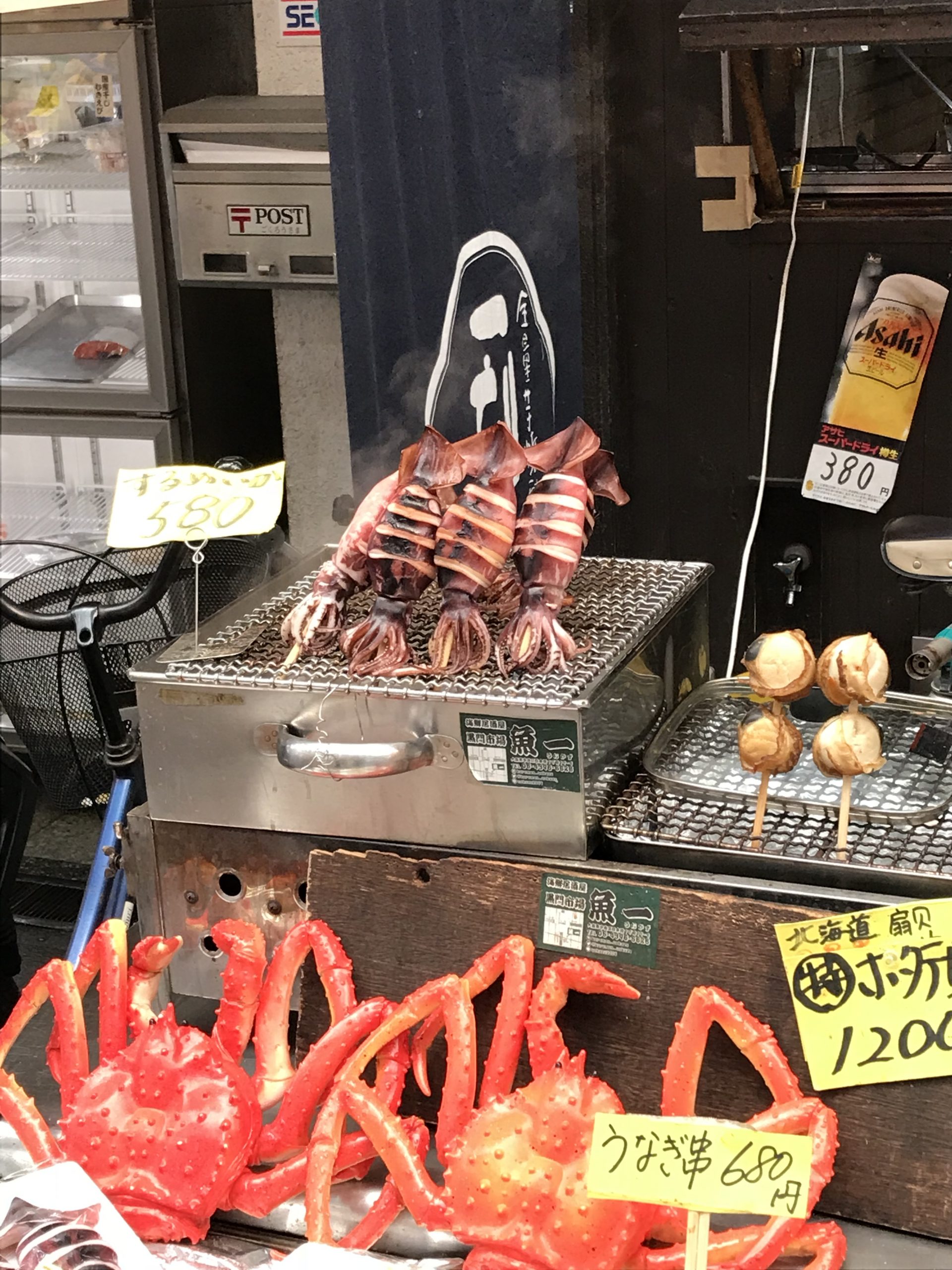 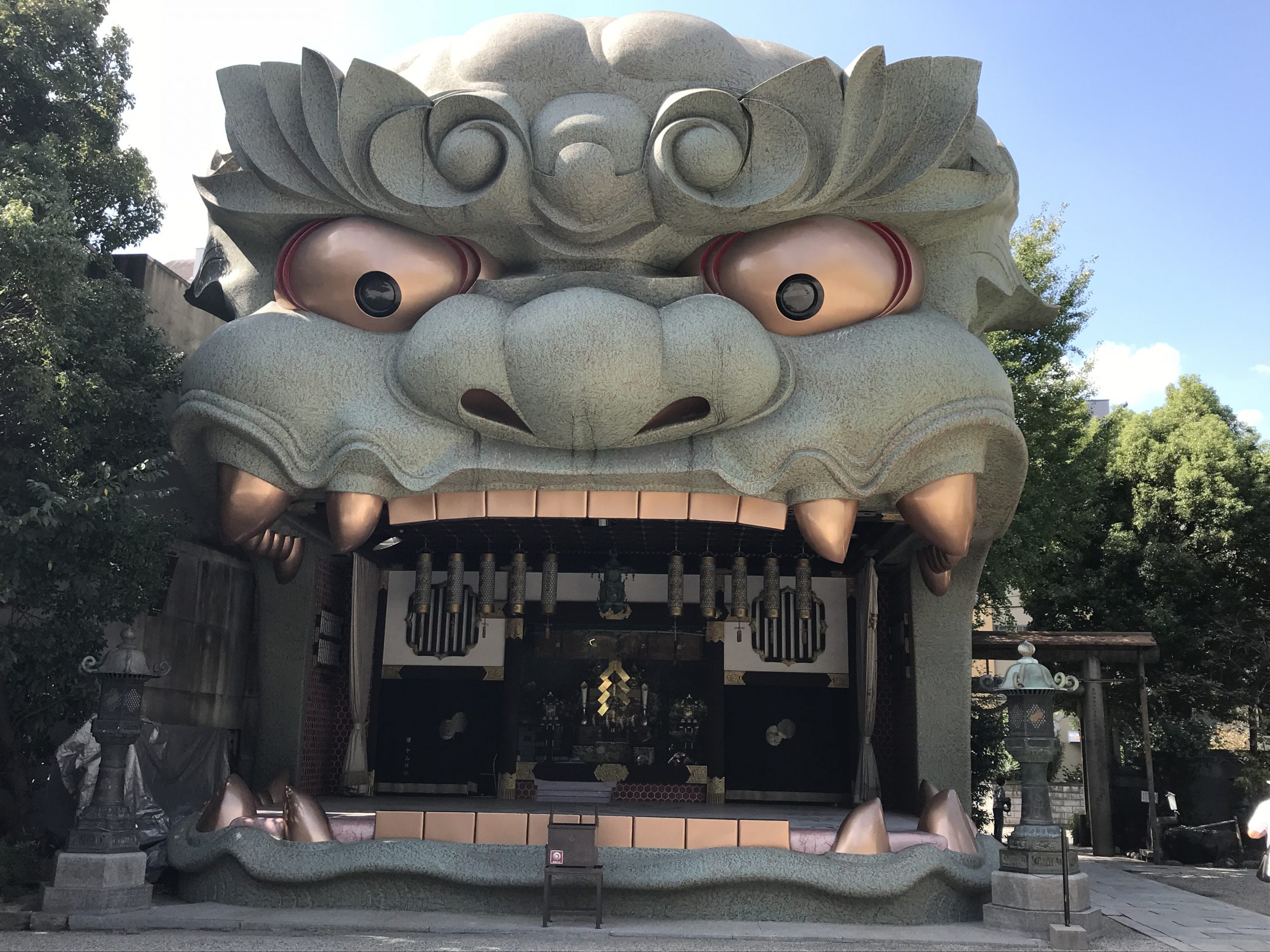 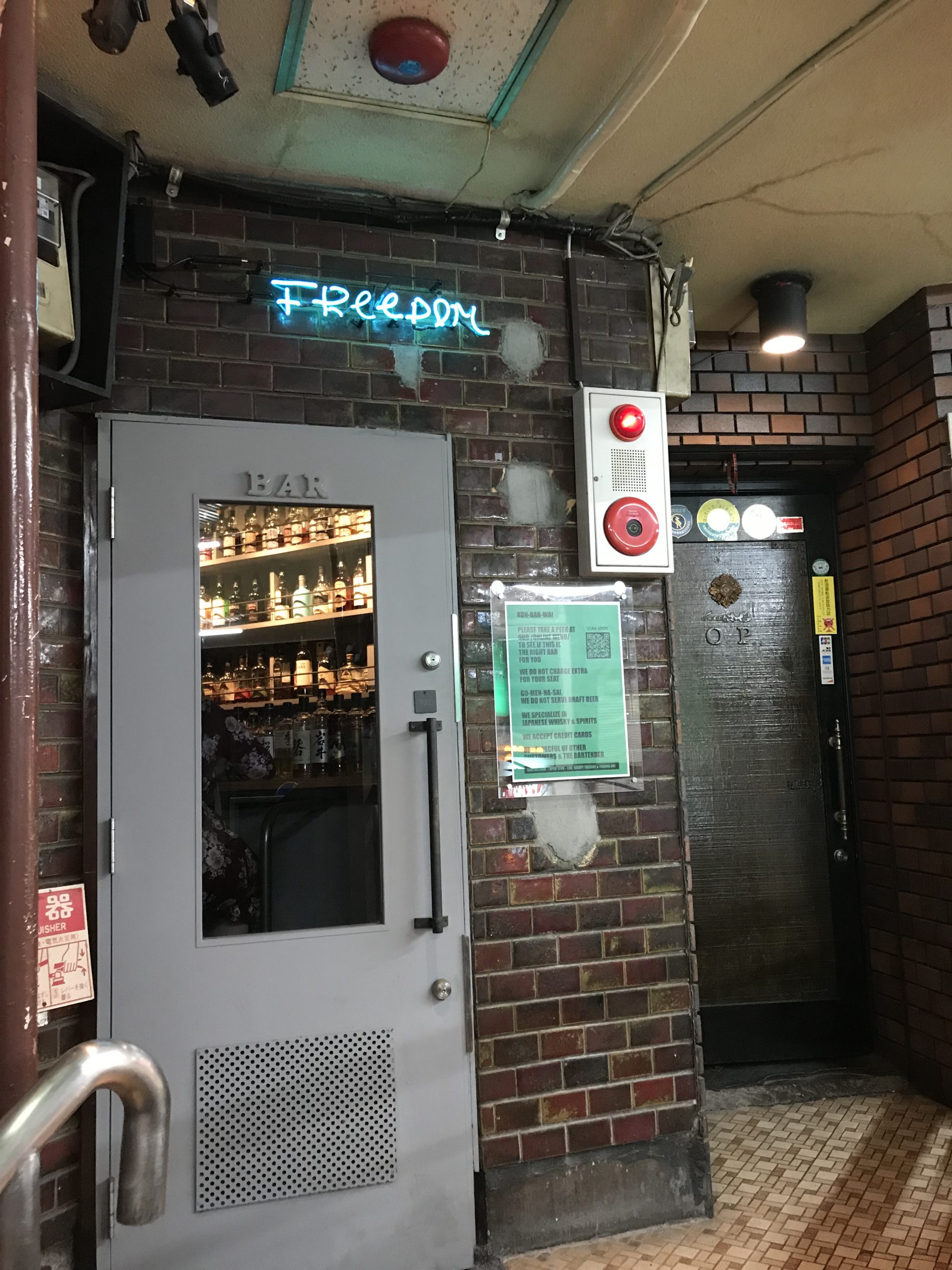 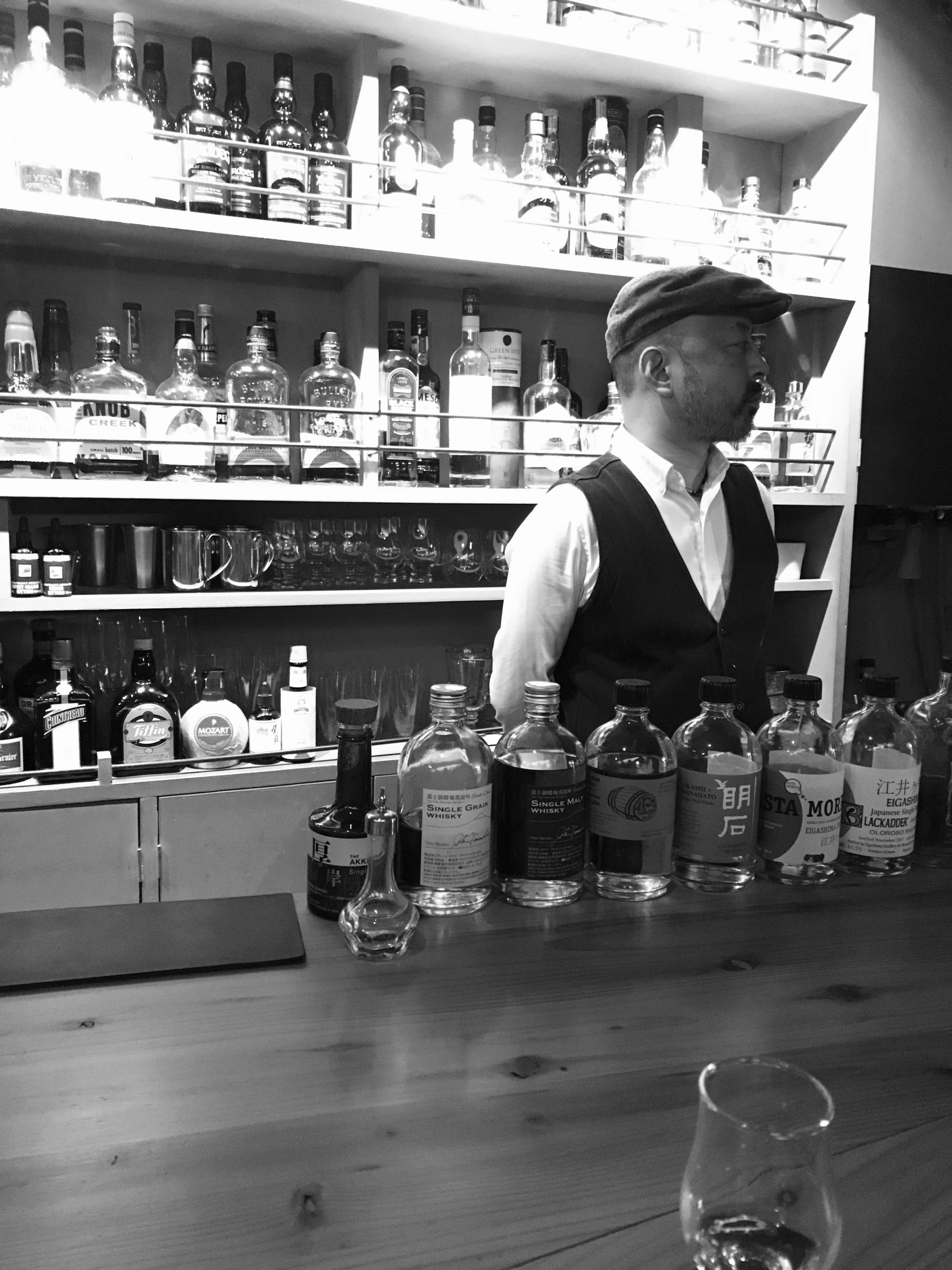 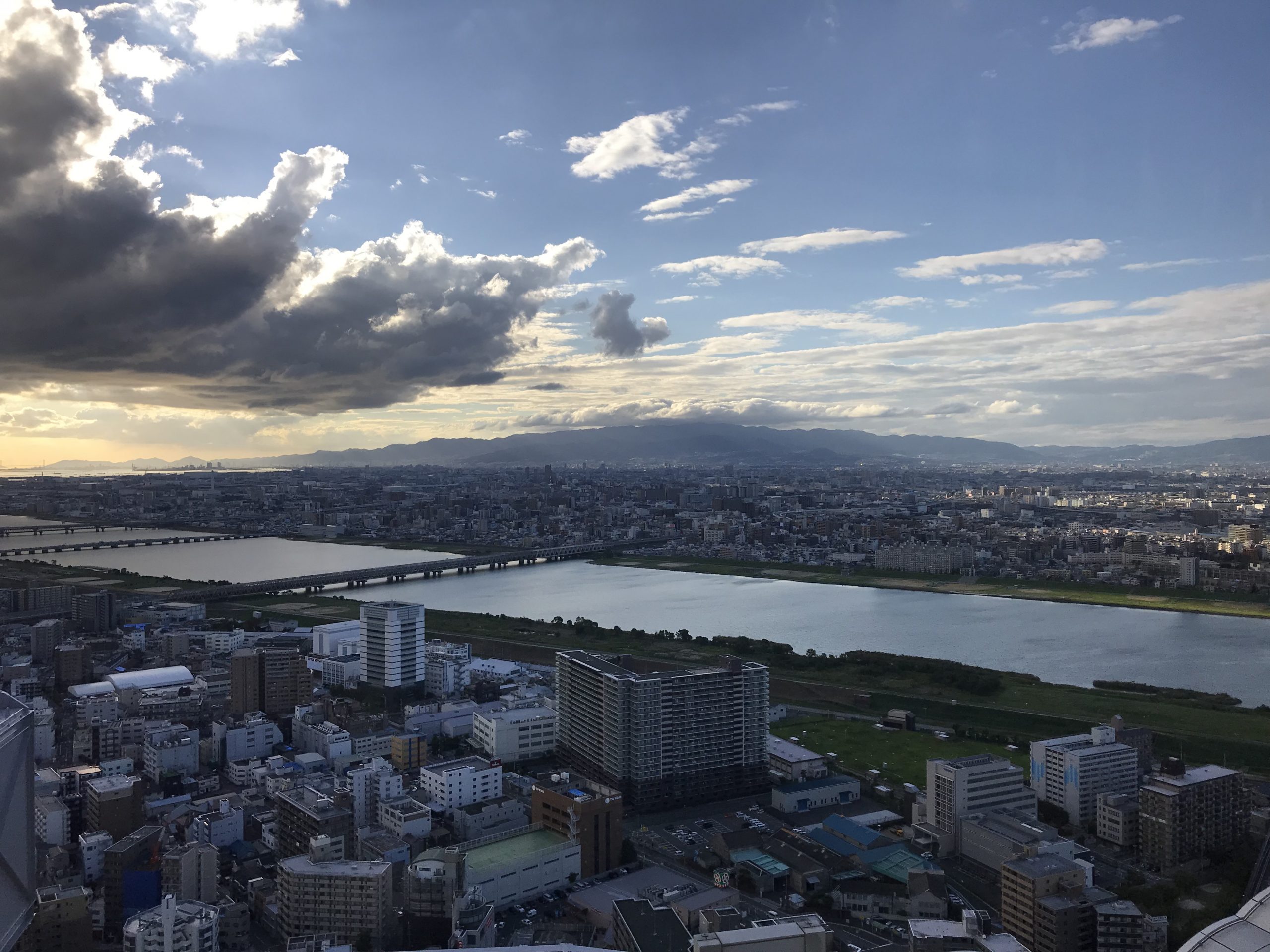 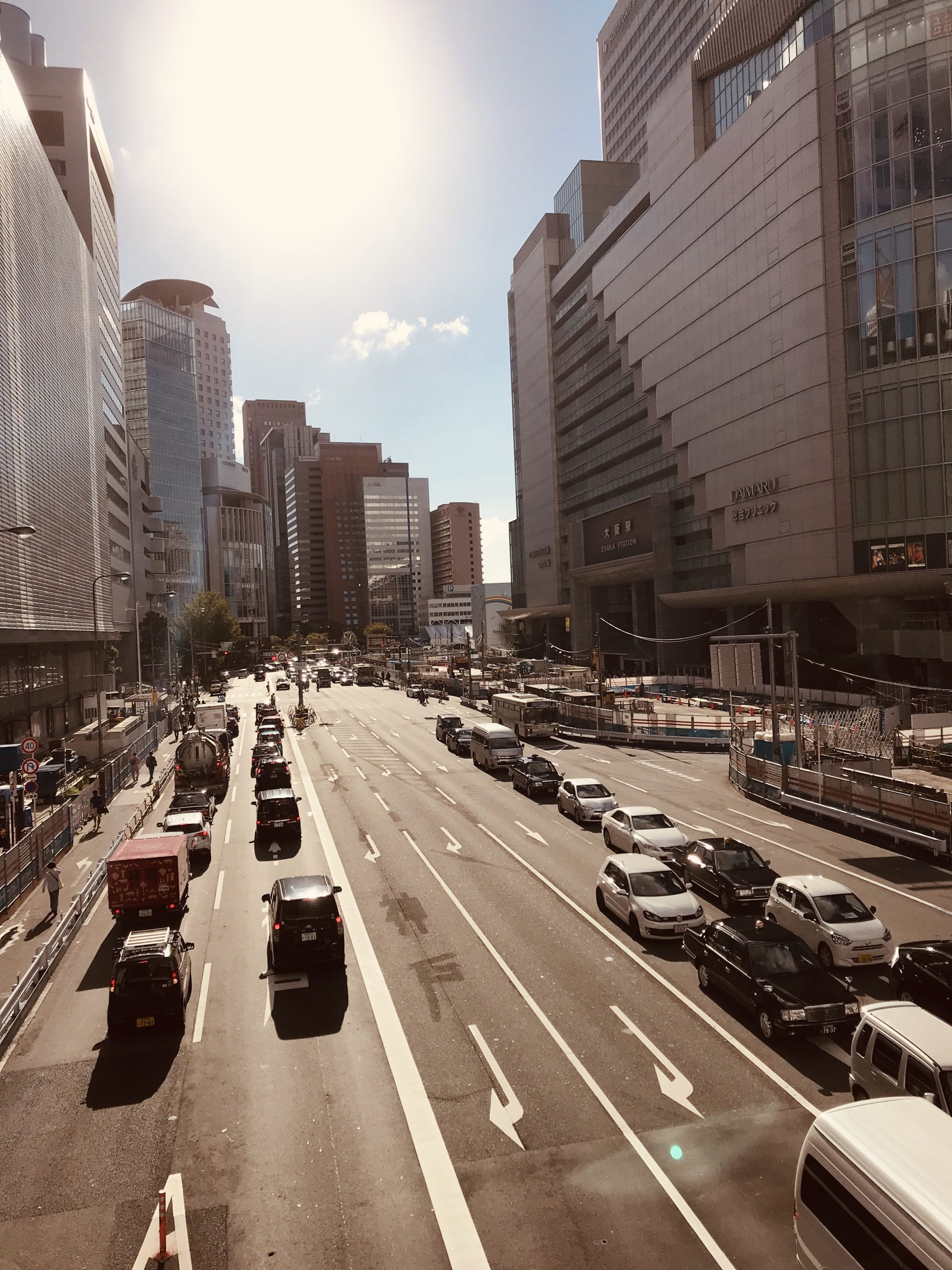 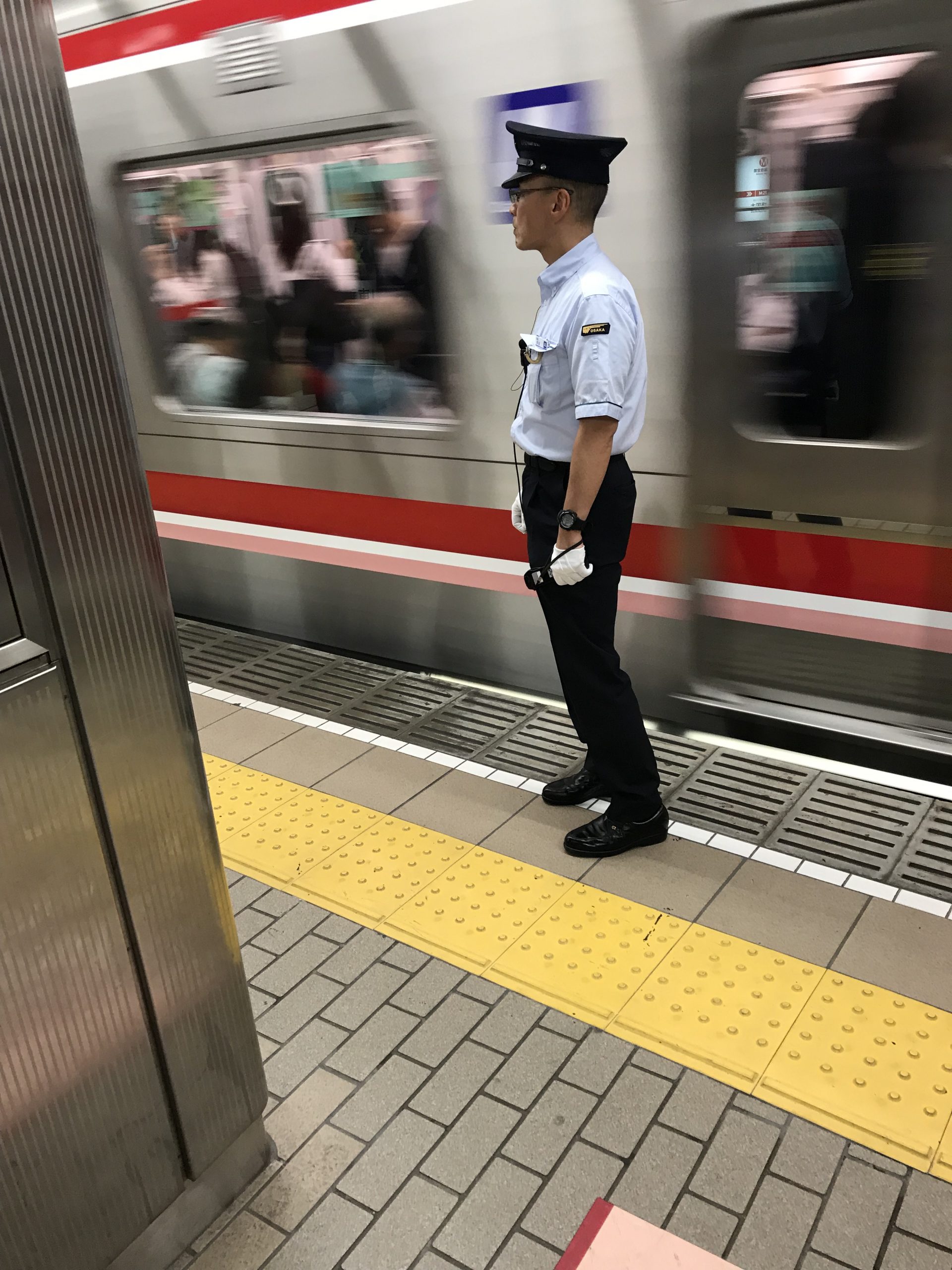 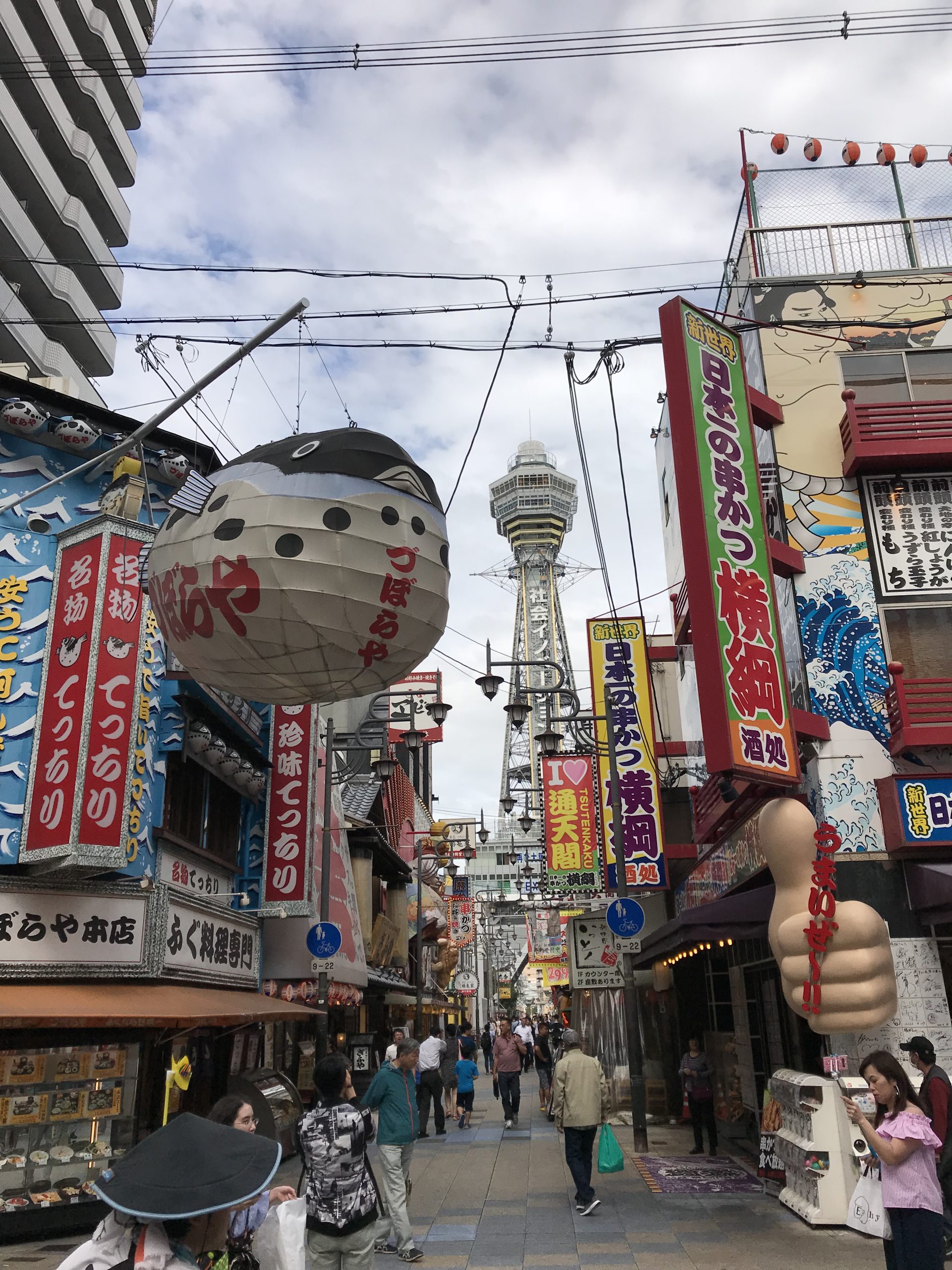 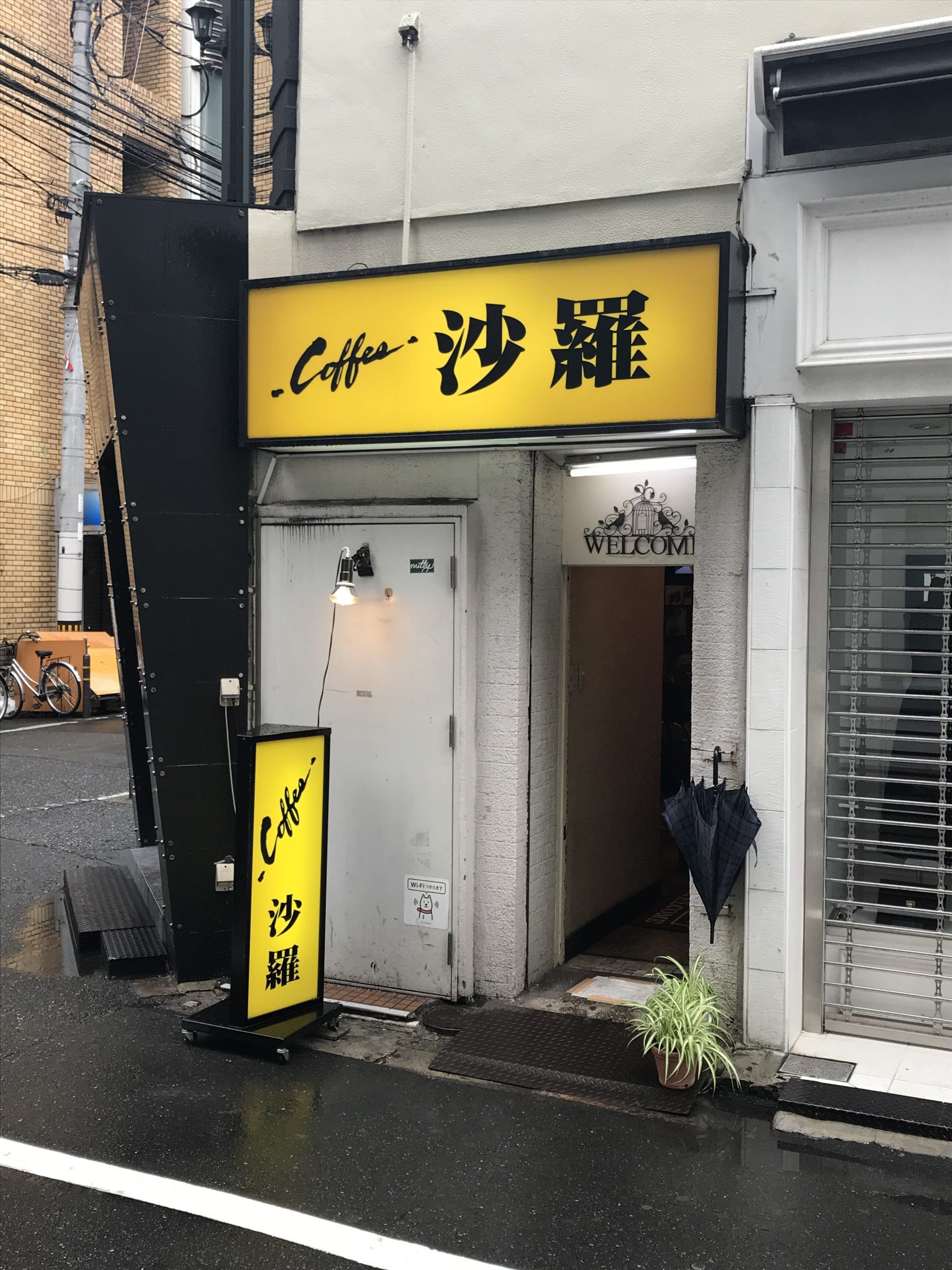 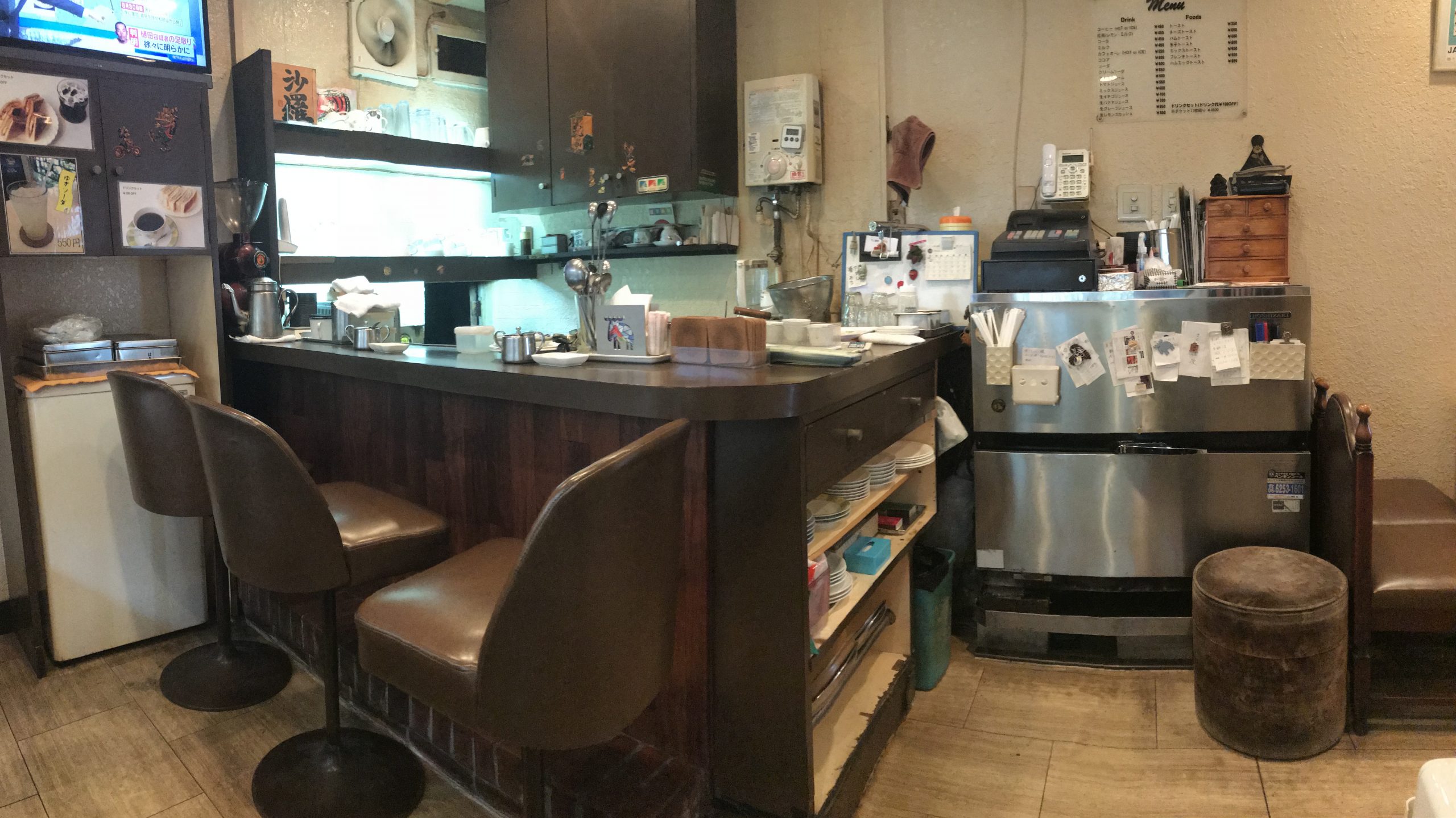 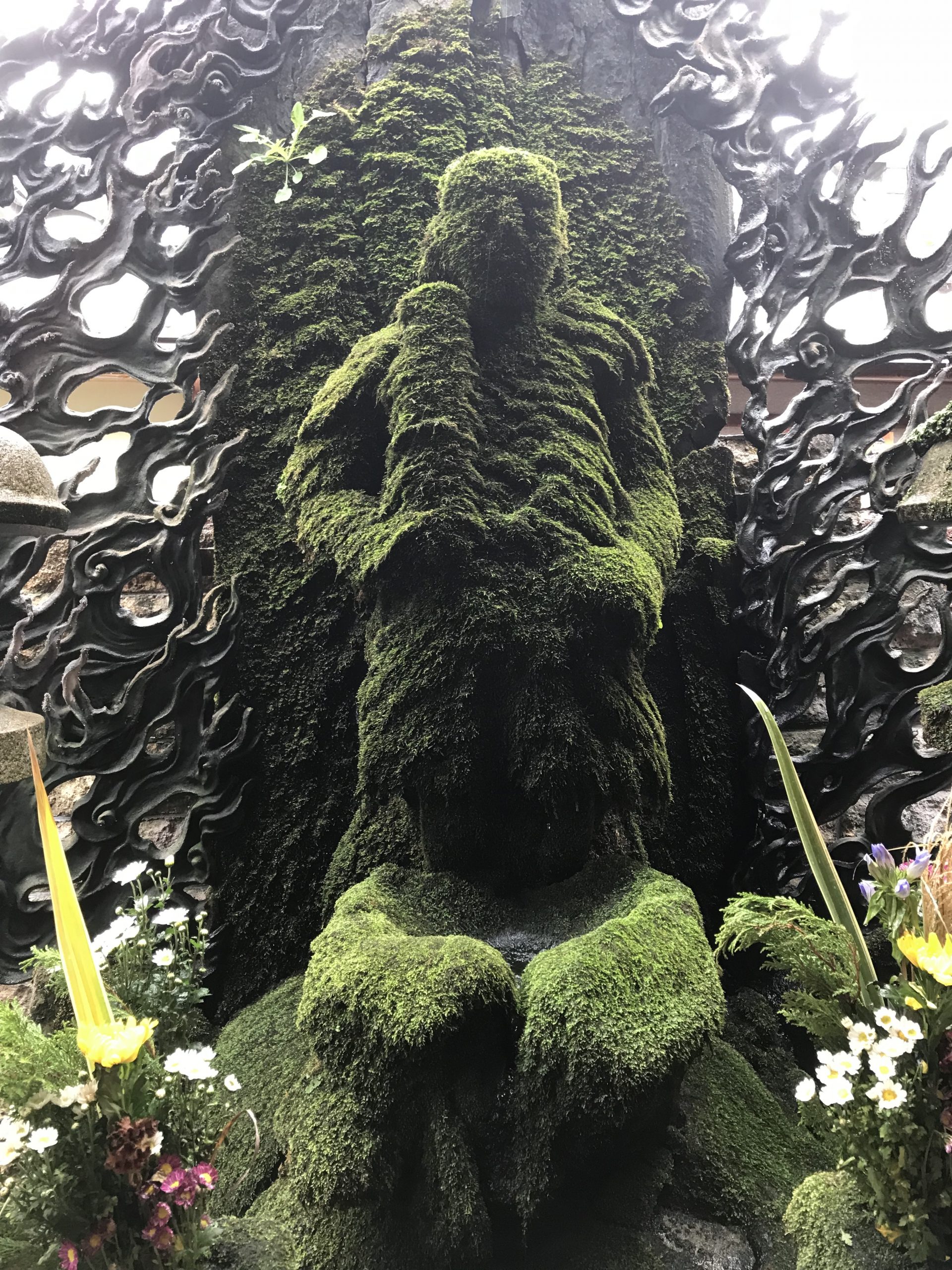 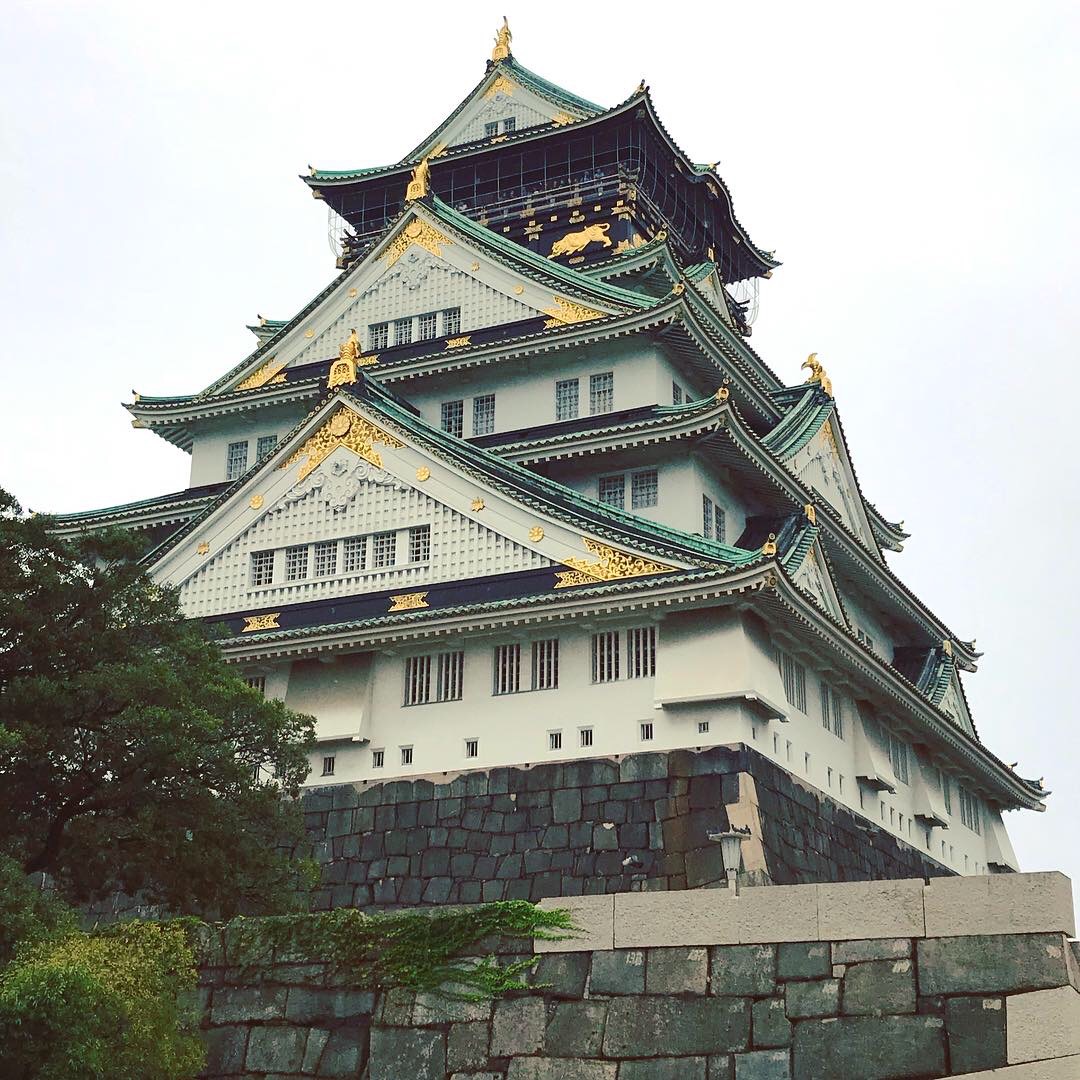 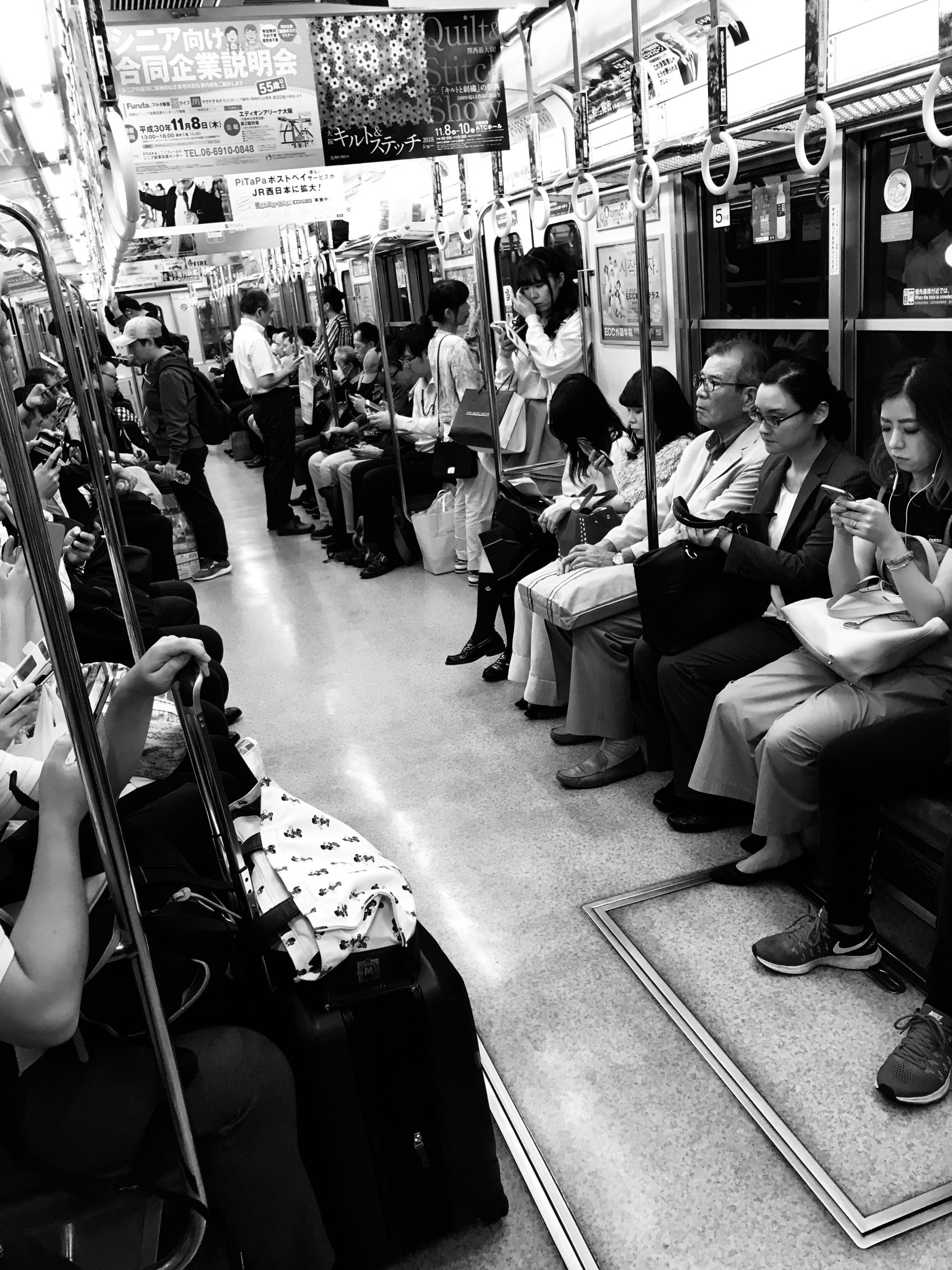